Negotiations between Habayit Hayehudi and the National Union have ended Saturday night without a plan for new meetings. Habayit Hayehudi, the larger of the two parties comprising the Knesset faction, which only a week ago elected former IDF chief rabbi Rafi Peretz to replace Naftali Bennett as its chairman, issued a statement saying: “The negotiations with the National Union came to an impasse tonight. Habayit Hayehudi has already set up an independent run tonight and continues to examine other possibilities.”

National Union chairman Bezalel Smotrich issued a statement accusing his former partners of planning to join the Likud list: “On Thursday and Friday, I held a long personal dialogue with the elected chairman of the Jewish Home, Rabbi Rafi Peretz, in order to reach an agreement and sign a joint run by the two parties in the coming elections on the basis of equality and joint leadership,” Smotrich said, “And indeed, without intermediaries and advisors – and after significant concessions on my part to quickly close the joint run – we were able to reach full understandings before the start of Shabbat.”

Smotrich explained that the agreement gave Rabbi Peretz the first on the joint list, while the National Union would be given the first assignment. The dispute appears to be about dividing the five Knesset seats the joint list is expected to win in the April 9 elections, according to most polls. Habayit Hayehudi insists that, as the larger list, it should receive three seats and the first government ministry.

“Unfortunately, at the end of Shabbat, Rabbi Peretz informed me that after consultations with his close circle, he decided to withdraw from the agreement on an equal base and joint leadership – and return to the opening position, according to which Habayit Hayehudi is the senior partner and we are their guests,” Smotrich continued, announcing: “Therefore, negotiations at this stage have reached a dead-end.”

“Out of a sense of responsibility, I intend to continue to do everything possible to reach a broad list with all the components of religious Zionism and the true right-wing in it, even if it seems that at this time the possibility of joining the Likud as a fifth wheel seems more attractive to the members of Habayit Hayehudi.”

Many in the religious-Zionist camp have been warning recently about the “curse of 1992,” when a split between the hard-core right and Likud Prime Minister Yitchak Shamir led to no fewer than 7 different right-wing parties running in that year’s elections: Likud, Moledet, Tzomet, NRP, Tchiya, Redemption for Israel, and Torah and Land. The hard-core right was more interested in chastising Shamir and equating him with the left, than in preserving control over the government.

In light of the obvious threat from a more unified left, the right-wing voters chose to focus on four parties that stood a chance to form a coalition, abandoning three small parties that landed below the vote threshold, losing in the process an estimated 48,500 right-wing votes.

The right and the Haredim took 59 Knesset seats, compared with the left’s 56, but Labor’s chairman Yitzhak Rabin was able to forge a bloc with the Arab parties to form a narrow left-wing government, which was later joined by Shas. The results were the Oslo agreements and a reign of Arab terror which only last Thursday endowed Israelis with its latest crop.

The most recent poll, from Haaretz, already shows the Habayit Hayehudi-National Union below the vote threshold. Couple that with the strong possibility of a Netanyahu indictment and you got yourself a Gantz-led government with the agenda of applying the “Gush Katif example” in Judea and Samaria, as the former chief of staff has eloquently put it in his interview with Yedioth Aharonoth this weekend. 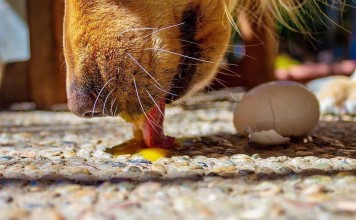