Leaders of the new United Right party led by Ayelet Shaked on Tuesday accused Prime Minister Benjamin Netanyahu of planning a unity government with Blue&White after the September 17 election. According to them, the proof of this is Netanyahu’s refusal to secure a spot on the Likud slot so that United Right could offer a realistic spot to a representative of Otzma Yehudit.

Likud officials on Monday attacked the partial union on the right, which has failed to include Otzma Yehudit.


“It’s a fictitious union if all the parties on the right are not in it,” Likud officials said to reporters, adding, “If this is the whole move, with the Arab parties becoming united, the rightwing bloc is in certain danger of losing power. Bennett, Shaked, and Smotrich deliberately abandoned five-to-six potential seats on the right, and they are consciously endangering the rightwing rule. It’s not too late to fix this dangerous mistake.”

This Likud statement followed intense activity at the PM’s residence on Balfour Street in Jerusalem, which focused on preventing Shaked from heading the United Right slate. Netanyahu did score a big point when Rabbi Rafi Peretz, with whom he had been talking frequently this week, succeeded in getting his associates to announce that the United Right party would only recommend Netanyahu to the president for forging the next coalition.

However, this morning’s announcement contradicts the same achievement and presents the PM as willing to abandon the rightwing cause in order to maintain his rule.

The idea of ​​a broad coalition between the Likud and Blue&White is a return to the Labor and Likud governments of the 1980s, when neither of those big parties was able to establish a lead – much like things are today (both Bibi and Gantz hover around 28 to 30 seats in the polls). The unity government is also one of Avigdor Liberman’s agenda points, but he prefers such a government without Netanyahu.

The Rightwing Union claims that if Netanyahu believed that a rightwing government could be formed after the elections, he would do anything to make it happen, as he did last time around when he included former deputy DM Eli Ben-Dahan on the Likud list. Currently, Eli Ben-Dahan is reportedly placed in slot 13 of the Rightwing Union – quite likely an unrealistic spot.

But MK Gideon Sa’ar (Likud) told Reshet Bet radio on Tuesday morning that the Likud should not have to burden itself with Habayit Hayehudi candidates, and that Itamar Ben-Gvir and Otzma Yehudit have earned a realistic position on the Rightwing Union without Likud’s aid.

MK Idit Silman (Habayit Hayehudi) told Reshet bet that the new party did make tempting offers to Itamar Ben-Gvir, but “his appetite was too great.”

It is important to note that without the Otzma Yehudit votes – estimated at 70,000 – the party of Rafi Peretz and Bezalel Smotrich would not have crossed the threshold in the April elections, and the entire Religious Zionist camp would have been left outside the Knesset. 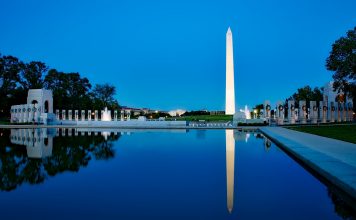 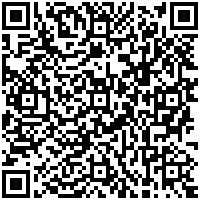