Last week, Netflix announced the launch of a new collection of 32 “Palestinian films” aimed at highlighting “Palestinian life.” As of Monday, the streaming giant has uploaded 28 of the 32 films to its collection, and according to Im Tirtzu, 25 of the 28 (89%) were directed by BDS supporters. The 28 films were created by 19 directors, 16 of whom (84%) support boycotting Israel.


Im Tirtzu further discovered that 12 of the directors called to boycott Israel as recently as May 2021, signing an open letter titled “A Letter Against Apartheid.”

Dubbed “A Letter Against Apartheid,” the document is an unabashed pack of lies:

Palestinians are being attacked and killed with impunity by Israeli soldiers and armed Israeli civilians who have been roaming the streets of Jerusalem, Lydda, Haifa, Jaffa, and other cities chanting, “Death to Arabs.” Several lynchings of unarmed and unprotected Palestinians have already taken place in the last two weeks. Families in the Jerusalem neighborhood of Sheikh Jarrah continue to face ethnic cleansing and displacement from their homes. These acts of murder, intimidation and violent dispossession are protected, if not actively encouraged, by the Israeli government and police.

This May, the Israeli government committed yet another massacre in Gaza by indiscriminately and relentlessly bombing Palestinians in their homes, offices, hospitals, and on the street. The bombing of Gaza is part of an intentional and recursive pattern where entire families are killed and local infrastructure is destroyed. This serves to exacerbate conditions that are already unliveable in one of the most densely populated places on earth, which, despite the temporary ceasefire, remains under military siege. Gaza is not a separate country: we are one people, forcibly separated by the architecture of the Israeli state.

It goes on and on like that, essentially aping the Hamas terrorist group’s version of reality, and concludes with a passionate call to boycott everything Israeli:

We ask governments that are enabling this crime against humanity to apply sanctions, to mobilize levers of international accountability, and to cut trade, economic and cultural relations. We call on activists, and especially our peers in the arts, to exercise their agency within their institutions and localities to support the Palestinian struggle for decolonization to the best of their ability. Israeli apartheid is sustained by international complicity, it is our collective responsibility to redress this harm.

Critics of the new Netflix collection argue that the films portray a biased depiction of the conflict while glorifying terrorism and omitting the thousands of terror attacks perpetrated against Israeli civilians.

“It is unforgivable that Netflix has become an outlet for the spread of material written by propagandists who seek to boycott Israel and remove it from the map,” said journalist David Collier, adding, “This at a time of rising global antisemitism, much of it disguised as anti-Israel activity. Instead of Netflix supporting moderate voices – it has acted with gross irresponsibility, and by promoting the voice of extremists – its actions can only do harm – both to Israelis and Palestinians.”

Emily Schrader, a journalist, political consultant, and leading activist against BDS, said: “It is unfortunate that Netflix is giving a platform to directors who advocate division and bigotry in the arts of all places. Film and music are tools that bring people together, yet Netflix is elevating those who actively promote hatred and reject cooperation.”

Im Tirtzu CEO Matan Peleg said it’s “disgraceful that Netflix is featuring propaganda films directed by BDS supporters whose sole goal is to slander and delegitimize the only democracy in the Middle East.”

“If Netflix wants to tell the Palestinian story, it should start by contacting the thousands of bereaved Israeli families who are victims of Palestinian terrorism,” Peleg suggested. 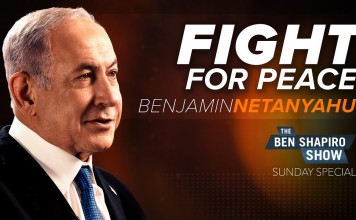 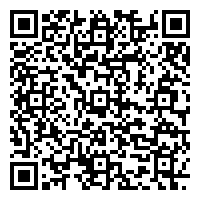