Last summer, Prime Minister Naftali Bennett, Foreign Minister Yair Lapid, Defense Minister Benny Gantz, and Finance Minister Avigdor Liberman agreed to increase Israel’s defense budget to NIS 57.8 billion ($186.7 billion) in 2022, not counting the annual security assistance from the US to the tune of $3.8 billion – this despite the economic crisis due to the corona pandemic. A large part of the money was slated for improving the IDF’s readiness for a future war with Iran, as well as replenishing its stock o arms and ammunition. In addition, the Biden administration had pledged to transfer another billion dollars to Israel to help cover the expenses of last May’s Operation Guardian of the Walls in Gaza.

Now, according to a Sunday report by Haaretz (בנט מתכנן להגדיל עוד את תקציב הביטחון כדי לרכוש טילים מתקדמים), Bennett wants to further increase the defense budget in the near future, to upgrade the IDF’s offensive capabilities, especially in new missiles and precision armament for the Air Force. Bennett believes that the accelerated growth of Israel’s high-tech industry and the expected rise of the gross national product should be used to increase the volume of investments in building the IDF’s power.


On top of the list of the defense establishment is the acceleration of the missile and rocket interception project, led by the defense industries Rafael and Elbit. The project is supposed to provide a complementary layer to the interception system, which relies on the missile systems Arrow, Magic Wand, and Iron Dome. The plan is that in less than a decade Israel will integrate laser, which is much cheaper to use than the existing systems, and gradually assign it more weight in the Israeli defense layout. The Prime Minister has recently stated in closed forums that laser interception may be a Game Changer in the region, it will change the balance of power between Israel and its rivals and make them rethink the usefulness of launching rocket masses across its border.

It should be noted that of the four men who currently lead Israel’s government, there have served as defense ministers: Liberman, Bennett, and now Gantz, and so all three are deeply acquainted with what needs to be done to give the IDF the regional superiority it must have to discourage any future attacks against the Jewish State. For example, during his tenure as defense minister, Liberman advocated the establishment of a missile corps that would be based on surface-to-surface missiles and rockets and provide a complementary response to the air force activity against the extensive arsenal of rockets held by organizations such as Hezbollah in Lebanon and Hamas and Islamic Jihad in Gaza. The IDF has begun to implement this idea in a limited fashion, but now the political echelon is committed to expanding it. According to Haaretz, Bennett believes that Israel’s missile production efforts should be accelerated and that funds should be diverted to this end, taking advantage of the expected increase in GNP.

According to Haaretz, Israel is not counting on additional US security assistance. On the contrary, the atmosphere in the left-wing of the Democratic Party indicates a decrease in the intensity of bipartisan support for the transfer of aid to Israel once the current 10-year budget is concluded in 2028. Nevertheless, the PM believes the country’s economy is strong enough to enable the defense ministry and the IDF to commit to long-term mega-deals with the Israeli defense industry.

Meanwhile, Israel intends to continue its offensive operations against Iran. This includes cyberattacks and acts of sabotage at Tehran’s nuclear sites, alongside frequent airstrikes on Iranian targets in Syria.

Sources in the Lapid-Bennett government deny opposition leader Benjamin Netanyahu’s claim of a commitment to the Biden administration that Israel would ask for US permission before taking any offensive action against Iran. At this point, though, the political echelon in Israel believes that the regime in Iran is vulnerable to a variety of persistent local attacks that will weaken it. 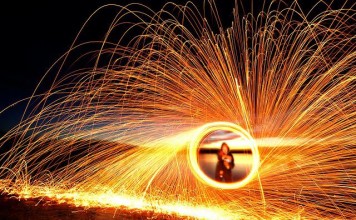 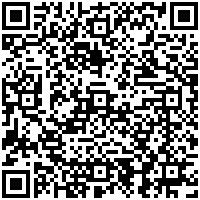