Chief Fire and Rescue Commissioner Superintendent Dedi Simchi earlier this week confirmed “with certainty” in an appearance before the Knesset Internal Security Committee that the large fire that raged on Jerusalem’s mountains last month and devoured about 3,460 acres of forests had been caused by arson.

Meanwhile, the Jewish human rights NGO Betzalmo published an official document it had obtained, showing that about 90% of police arson investigations in Israel do not mature into deciphering the case and recommending indictments.


Since the beginning of 2015, Israel Police launched about 18,600 investigation files on suspicions of arson, and only 1,863 of them have led to a recommendation to the State Attorney’s Office to file an indictment against defendants. The rest of the 16,700 investigations were closed because there was no reasonable chance of a conviction.

However, in arsons with a nationalist motive—meaning the fires were likely set by Arabs—the picture is less disheartening. Out of 374 investigations that were launched since 2015 on suspicion of hate-motivated arson, 99—a whopping 26.5%—were sent to the State Attorney’s Office with a recommendation to file an indictment. It’s not great, but it’s better than 10%.

Firefighting and police officials explain that forest and field arson almost always takes place in areas without security cameras. Perhaps someone should eke out a budget for observation drones that would fly above the country’s forest 24/7 to detect the brutes that destroy its loveliest natural resources. Elbit and other military-industrial-complex companies are selling just this kind of equipment around the world – ask them.

Since the beginning of 2021, the police have opened 2,132 arson investigation files, of which 126 are suspected of having a nationalist background.

Minister of Internal Security Omar Barlev told the committee that much of the blame for the recent increase in arsons has to do with climate change. Now, this makes sense: in 2020 only 20 hate arson cases were launched, so that pesky climate changed a whole lot in one year.

Betzalmo works to protect human rights and stop injustices perpetrated against human beings in general and Jews in particular. Its chairman, Yehuda Puah, suggested “the arsons have become a scourge of the state, so the police must prosecute every arsonist. In the last five years, 90% of the arson cases have remained untouched, and this endangers our security.”

Israel Police issued a statement saying: “In every fire that raises suspicion of a criminal arson through negligence or malice, the police act in accordance with the opinion of the fire investigators of the Fire and Rescue Authority. Fires that have occurred in recent months, and have raised suspicion of arson or negligence, are currently being investigated in order to get down to the truth, including the huge fire that took place in the Jerusalem mountains. It should be stressed that every suspicion of arson has been thoroughly investigated, and we are using the legal means at our disposal to locate those involved in the arson and bring them to justice.” 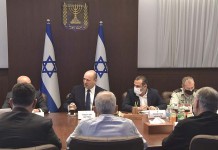 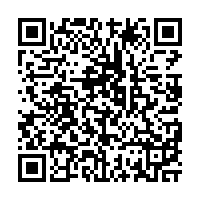