The partners in the Tamar gas reservoir on Friday began the initial transfer of natural gas from Israel to Egypt, Calcalist reported Sunday. These are the final preparations for the free and full commercial flow.

On Friday, a “cork” was shot through the pipeline, to inspect and make sure that the gas was pushing along the entire line – from the Israeli connection located in the Asia-Europe Pipeline (EAPC) compound in Ashkelon, to the Egyptian point of connection at El Arish.


The cork test is expected to end this week, and if there are no special problems, the Tamar partnership will start a full commercial flow of Israeli gas to industrial customers in Egypt. This will complete the process that began in 2008, when the pipeline between El Arish and Ashkelon served the Israel Electric Corporation and the flow of gas was from Egypt to Israel.

Eleven years later, the direction of the gas flow was reversed and Tamar natural gas will be served to the Egyptian company Dolphinus.

The estimated revenue from both contracts, as reported last year by the partners in both reservoirs, is about $15 billion, with about half the money going into Israel’s state coffers in royalties and taxes. An additional cost will be the payment for the use of EAPC’s infrastructure.

The main difference between the contracts is the supply quotas in the initial years. The contract for gas supply from Leviathan, which is due to start in November, includes a pre-decided supply quota throughout the life of the contract. In contrast, the Tamar reservoir contract for the first two years, until 2021, will provide gas based on supplying gas in significant quantities in the fall and spring, when electricity consumption in Israel is low. But starting in 2021, and subject to the upgrading of the transmission pipeline in Israel, the Tamar reservoir will be able to pump gas on the basis of a fixed annual quota. 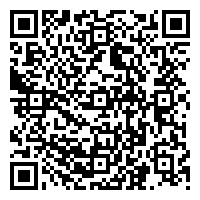