In recent days, several reports have suggested the possible joint-run of a number of rightwing parties in order to prevent a repeat of the loss of an estimated 400,000 rightwing votes in the last elections (which included the disappearance of the New Right party and colossal failure of Zehut.

Ayelet Shaked and Naftali Bennet met last week to discuss a possible run together, as did Bennett and Moshe Feiglin. But on Sunday morning, the strong man in the Rightwing Union, MK Bezalel Smotrich, attacked Shaked, making clear he would oppose her taking the number 1 spot in his party.

The party chairman, MK Rafi Peretz, reportedly asked Prime Minister Benjamin Netanyahu to reserve a high spot on the Likud slate for Shaked, to make sure she gets into the next Knesset but without upsetting the Rightwing Union’s apple cart.

In an interview on Army Radio, Smotrich said that anyone who wants to fit in his party was invited, but under the rules dictated by the party leadership.

Apparently, there is no love lost between Shaked and Smotrich, who declared: “Ayelet abandoned, split, crushed and made a mistake that caused the whole country to be thrown into a whirl.”

“You want to come back?” he told the soon-to-be former justice minister over the airwaves, “We can consider it positively, but I don’t think there’s a reason in the world that you should be number one.”

Of course, there is one very important reason: Shaked is still a superstar, she is secular, and she has succeeded where no other justice minister has done: she scared the Supreme Court into submission. Smotrich, who craves her ministry, will never get the kind of public support she would to continue reforming the relationship between the court and the legislator.

Smotrich, who heads the National Union faction in the party, added: “There is one party that stands to the right of Netanyahu and we want as many alliances as possible, but we must examine each and every one of them. Whomever fits into our fabric – welcome to you.”

When asked about the possibility of additional alliances, including Shaked, Bennett and Feilgin, Smotrich replied that they could all be considered, “but if it does not succeed, then anyone who has already made a mistake and exacted a heavy price [from the right] should stay at home and not run alone.”

He added: “Woe to us if people threaten to run alone and throw [more] votes in the garbage.”

Smotrich responded to Minister Tzachi Hanegbi’s earlier statement that Netanyahu might agree to a unity government with Blue & White, saying, “I hope that this will not happen and that we can prevent Netanyahu’s occasional weaknesses. The prime minister must keep his promises to establish a rightwing government.”

When asked about Netanyahu’s appeals to opposition politicians, including offering Labor chairman Avi Gabai the defense portfolio, Smotrich replied that this would not have happened, suggesting it had been done for “the prime minister’s amusement.”

“One can assume that Netanyahu did this only to pressure Liberman, but I don’t know. Even if he would close such a thing, we would not have given him our consent.”

Regarding Liberman’s move to topple Netanyahu’s coalition effort, Smotrich said it was revenge or “just his thought that he would get another seat and a half from [voters who hate] the Haredim.”

Smotrich added that he does not consider Liberman to be to the right of Likud, “because he proved that he can torpedo a rightwing government over nonsense.”

“The right threw away seven to eight seats in the last elections,” Smotrich stressed, “which is why there are initial attempts at consolidation – to establish an entity to the right of the Likud that would run together on one ticket: New Right, Habayit Hayehudi, National Union, Jewish power, and Feiglin.”

“Despite the possibility of quarrels over the slate, the common understanding is that we can run together and then split up and conduct coalition negotiations separately,” Smotrich said. 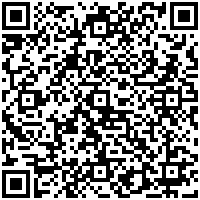