Hundreds of guests from around the country, including the parents of dozens of hilltop youth, took part in a festive happening at the Kumi Uri hill near Yitzhar, in Samaria, Tuesday. Kumi Uri is home to four young families and a group of teenagers.

The term was invented in 1998, by a man who was both the supporter and destroyer of Jewish settlements in the liberated territories, Israeli Defense Minister Ariel Sharon, who urged the settlements’ youths to “grab the hilltops,” adding, “Everyone out there should move, should run, should grab more hills, expand the territory. Everything that’s grabbed will be in our hands. Everything we don’t grab will be in their hands.”

“The event today is festive and joyous, and it is very heartwarming to see everyone who came down,” Said Elisha Yarden, who starred in a Channel 1 documentary about the group, titled “The Last Hill,” and spoke about the struggles of daily life on a hilltop.

Didia Stein, an Oleh from France who settled in Ra’anana, congratulated the hilltop youth’s parents, of whom he is one.

“We are very proud of our son and his friends who are here to settle the Land of Israel,” he said, adding, “They are trying to find the right ways to increase the settlement enterprise. We immigrated to Israel and live in the center of the country, but our children have already moved here. These youths think and work hard day and night for the Land of Israel. and deserve great appreciation.”

“The construction of the first hilltop settlement seemed like a distant dream. But Joseph the Righteous also had dreams. Thank God, because of the dedication of the pioneers, one neighborhood and then another were established. More and more points of light of settling the land, Torah and fear of Heaven.”

Yossi Dagan, head of the Samaria Regional Council, congratulated the families who are holding on to the Kumi Uri hilltop outpost.

“Beyond the daily difficulties, this neighborhood is undergoing quite a lot of harassment by Arabs and left-wing organizations,” Dagan said. “The pioneering families that live here, especially the women, deserve special praise.”

The event was produced by the residents of Yitzhar and the hilltop youth, together with the Ari Yish’ag” initiative that brings yeshiva students to the hills. Hilltop youth manned game booths for the hundreds of visiting children, and at the end of the happening, each participant received a symbolic souvenir – a salt shaker with the slogan “Hilltop Youth – Salt of the Earth.” 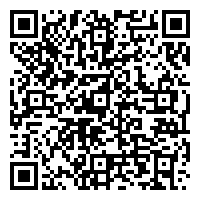