On Tuesday, the Religious Zionism party went into high gear in its effort to recruit new members ahead of its primaries, as hundreds of party activists from southern Israel got together to hear Chairman Bezalel Smotrich’s I Have a Dream speech:

“I had the privilege, with your backing, to recognize the danger that hovered over the State of Israel,” Smotrich opened with what sounded first like one more campaign stump speech. “A year ago, we stopped the dangerous drift and saved the right and the State of Israel from being sold to the Islamic movement. True, there were a number of irresponsible people who took the State of Israel on a dangerous roller coaster ride, but with your help, we have managed to overthrow the nightmare government and we are embarking on a new path.”


“With the help of God and with your help, we will return the national camp to power and return the State of Israel to the golden path as a Jewish and democratic state,” Smotrich continued, and then – then he turned it on:

“I have a dream!” Smotrich called out. “And it’s really close. And it depends on each and every one of us.

“A large Religious Zionist party that will be the home of the faithful, ideological, and ethical right, and will serve as the backbone for a path and for values ​​in a national government that will be established with God’s help after the election. A party that unites religious, traditional, Haredi, and secular Jews who care about the Jewish identity of the State of Israel, and who believe in the flags of the Nation of Israel, the Land of Israel, and the Torah of Israel.

“Who want their grandson to want to live here, proud of his Judaism, and to marry a Jewish woman.

“Who want us to restore our uprightness, the Zionist spirit that has been fading in recent years.

“That will unite everyone who wants a repair.

“One big, unifying party with the courage to mend wrongs.

“Fix the cost of living.

“Fix our governance in the Negev, the Galilee, Jerusalem, and all the mixed cities.

“Fix the Jewish identity and the justice system.

“Fix the division with a message of great unity to the people of Israel.”

Smotrich concluded: “I call on all party leaders on the ethical right, on the faithful right: the fixing begins with us, with our unity. Let’s unite into one joint primary and let the public choose the winning team. Together we will lead the right to victory and a great tikkun for the nation of Israel and the State of Israel.”

As you may recall, on Monday we reported that Otzma Yehudit Chairman MK Itamar Ben Gvir called on his faction partner Smotrich to start at once negotiations to unite the national-religious right based on professional polling to determine the electoral power of each party.

Ben Gvir noted that both parties together are given 10 seats in the polls, and suggested internal polls predict 12 seats. He said he believed their potential is 15 seats.

I suspect Smotrich doesn’t want to haggle over who can bring in more votes, which is a legitimate thing to do in an election but may be too soon. Before they go down to brass tacks, Smotrich wants a chance to bring in the folks who are thirsty for a vision after four election campaigns of nothing but haggling, and often with the wrong customer.

Smotrich wants to bring in a seat each, if not more, from Likud, Yamina, Shas, United Torah Judaism, Blue & White, New Hope, and maybe even Yesh Atid. If he can do this then the haggling part would go much easier. 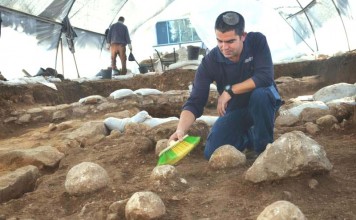 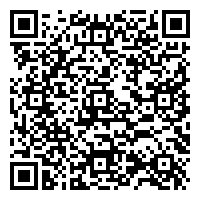