Tel Aviv University is #8 in the world for universities producing the most venture capital-backed entrepreneurs, according to PitchBook, an SaaS company that delivers data, research and technology on private capital markets, including venture capital, private equity and consolidation transactions.

The new ranking is one spot up from last year, while TAU remains the only non-American university in PitchBook’s top ten, behind Stanford, UC Berkeley, MIT, Harvard, U. of Pennsylvania, Cornell, and U. of Michigan, and ahead of U. of Texas and U. of Illinois.


In April, the university launched TAU Ventures— the first academic-based venture capital fund in Israel—to increase investments in start-ups of students and alumni.

“This is a new model that has been implanted for the first time in Israel, and it sets the university in line with the leading universities in the world,” TAU President Prof. Joseph Klafter said in a statement about the new fund. 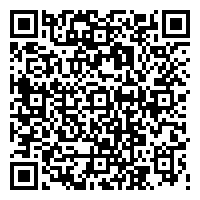