A special survey conducted by Prof. Camil Fuchs for News 13 Thursday discovered that 64% support joining a right-wing coalition or remaining in the opposition. Only 16% support joining a center or center-left coalition. And a measly 7% support a broad unity government.

According to News 13, the sample included 500 respondents from the Haredi sector which included 32% Lithuanians, 31% Hasidim, 32% Sephardim, 3% Chabadniks, and 2% “other.” Why so few Chabadniks? Here’s a possible explanation:


As for the vote distribution, 47% support United Torah Judaism, 26% go for Shas, and 10% will vote for Religious Zionism – out of whom 56% are Chabadniks. That’s why Fuchs gave them only 3% as a unique Haredi group.

Only 2% support Likud – something Netanyahu should pay attention to. Maybe plant his Bibimobile in Bnei Brak for the Yamim Noraim.

Another major issue this election season has been the inclusion of women on the Haredi parties’ lists. Turns out the parties that object to allowing women to climb on board are doing the right thing in the eyes of their voters. Only 17% support it, against a huge majority of 70% who don’t want to hear about it. But among Shas voters, 24% supported the idea.

Finally: what about Haredi support for Itamar ben Gvir as a government minister (we’ve been rooting for him to get Internal Security and become the boss of his nemesis in the police and Shin Bet)? A whopping 63% support making Ben Gvir a minister, and only 15% oppose. His biggest support came from Chabadniks – 78%, the Hasidim – 76%.

In this reporter’s view, the threshold number for Netanyahu to be compelled to take Smotrich and ben Gvir seriously and not treat them like dish rags as he has done Naftali Bennett and Ayelet Shaked (and Gideon Sa’ar, and Zeev Elkin, and Avigdor Liberman) is 15 mandates. They’re scratching the underside of 13 in the polls these days. People, a vote for Religious Zionism on November 1 could change Israeli history.

The survey claims a 4.2% sample error, which, in this case, would not shake the veracity of the results in any way. 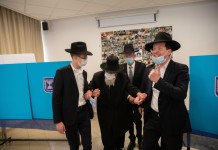 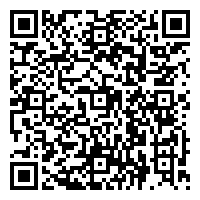