Sympathy for Israel in Arab countries increased during 2021, compared with the year before, according to a public opinion survey conducted last November by Israel’s Foreign Ministry and the Conrad Adenauer Foundation in November and reported Friday by Makor Rishon (איחוד האמירויות אוהדת את ישראל יותר מאשר ארה”ב).

The survey also examined the impact of operation Guardians of the Wall on the perception of Israel in these countries.

Among the countries surveyed, the highest levels of sympathy were recorded in the UAE, where 55% of respondents said they had a positive view of Israel. This response is better than US respondents’ view of Israel: only 53% of Americans said they supported Israel.

In Qatar, 60% said they did not support Israel, however, in this country which transfers millions of dollars to Hamas each month, a surprising 38% of respondents expressed sympathy for Israel (2% didn’t have an opinion).

The biggest disappointment was Bahrain, which signed an agreement with Israel: only 17% said they supported Israel, compared with 31% in 2020.

The Western countries in the survey showed an increase in sympathy for Israel, up to 40% in Germany and 34% in France. In both countries, this was the highest level of support for Israel ever.

As a rule, in all the countries surveyed, the more the respondents knew about Israel, the higher was their level of sympathy. 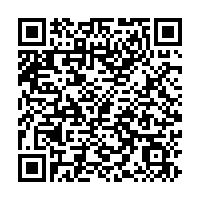