The United States’ meddling in Syria are bound to fail and will only lead to more human suffering, Syrian Foreign Minister Walid Muallem said in an interview with the Rossiya-24 TV channel, suggesting it would be impossible to end the Syrian crisis as long as Washington continues coddling Israeli interests.


“The main goal of this intervention is to prolong the crisis,” Muallem insisted. “This is why I cannot provide a specific time on when it will end. However, I can confirm that our people and leadership very much hope that the crisis will come to an end soon.”

Muallem stressed that the Americans “have trained certain groups of Syrians, which have various names, to destabilize the situation in Syria. In this connection, they have carried out a military operation in the city of Palmyra. However, their attack failed as two of the attackers were caught and confessed to having been trained at the Al-Tanf base under the command of the US military.”

“This is why the United States’ attempts will fail, leading only to great human casualties,” Muallem pointed out, adding that “the Americans have told the Russians many times that they would withdraw from the Al-Tanf area, located in southern Syria near the border with Jordan and Iraq, but they have not yet fulfilled this promise.”

Since the start of the Syrian Civil War, in 2011, the US employed two programs to assist the Syrian rebels. One was a military program that was supposed to train and equip 15,000 Syrian rebels, but was canceled in 2015 after spending $500 million and producing only a few dozen fighters. The other was a $1 billion covert program run by the CIA, which was more successful, but was decimated by Russian bombing and canceled in mid-2017 by the Trump administration.

In mid-January 2018, the Trump administration said it would maintain an open-ended military presence in Syria to counter Iran′s influence and to help oust Syrian president Bashar Assad. 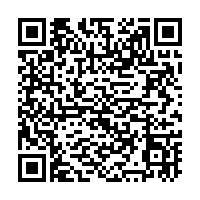