While the Yamina party is disintegrating before its chairman and the prime minister, Naftali Bennett, Kipa reported that Deputy Minister Abir Kara, who is considering leaving the coalition, is taking off for many long hours with the original Yamina rogue MK, Amichai Chikli. The two flew to Moldova Thursday, to meet Jewish refugees.

According to many reports, Yamina’s Interior Minister Ayelet Shaked, MK Nir Orbach, and frequent flyer Kara met overnight in the latter’s home and agreed to coordinate their next move. The idea is to avoid a shoving match to the exit door to grab whatever goodies Likud has to offer, first come, first served. Should all three join the exodus (how appropriate just over one week before Passover), they would deliver four votes to the future Netanyahu government. At the same time, in Gideon Sa’ar’s New Hope party, one of Israel’s greatest political wizards, Minister of Jerusalem Affairs and Minister of Housing and Construction Ze’ev Elkin, would surely recognize that his little fugue from Mother Likud was a loser, and would put together at least three more MKs to jump ship while the jumping is good.


Bennett has only himself to blame, especially when it came to his critical mistake in handling his coalition chairwoman, MK Idit Silman. Bennett failed to recognize the signs of attrition in Silman’s behavior. When she threatened to do something desperate about Meretz Health Minister Nitzan Horowitz’s bullying Israeli hospitals into letting visitors bring in chametz on Passover without even asking them politely not to.

After Silman was on the verge of tears over this issue, Bennett’s response was she shouldn’t give him ultimatums. It’s like the guy was never married. And then, after she broke his coalition by stepping over to the other aisle, Bennett responded that she had cowered before the relentless attacks from the opposition on her and her husband. OMG, is the man incapable of saying, I’m sorry, please forgive me, here, I picked up these flowers just for you?

Silman, Kara, and Chikli met Wednesday night and worked on an agreement to split together from Yamina and declare themselves a legitimate, new Knesset faction. According to News 12, they haven’t yet signed the deal. Kara told Bennett that he had met with Silman to try and persuade her to come back. But if that was the case, why was Chikli––who left the coalition months ago––in the room?

Abir Kara is not your typical Religious Zionist politician. He was born in an outpost near New Givon, outside Jerusalem. As a child, he worked at children’s events as a comedian and magician’s apprentice for his twin brother. He invested his Bar Mitzvah money in a flower stand and by age 18 he already operated several flower stalls in Jerusalem.

In 2003, during his service in the IDF––in the Home Front Command––he insulted a policewoman, refused to identify himself, and tried to evade an arrest. He was convicted of interfering with a police officer and insulting a public servant and was sentenced to four months probation and 240 hours of community service.

After his release from the IDF, he set up a car wash business and began raising and training horses. He later established a horse farm called “Andalus” in the village of Uriah near Beit Shemesh, where he employed his mother and sister.

In 2019, he established the group I Am Schulman, representing small business owners in Israel. He weighed running on his own platform to the Knesset, but was convinced by Yamina chairman Bennett to join its slate at the 7th slot, and was elected. Now he is expected to betray the man who gave him his political career.

Bent, for his part, insisted that “the main thing we need to deal with at the moment is stabilizing the faction and the coalition. I talked to all the party leaders – everyone wants to continue with this government.”

The Prime Minister noted that “there is an opportunity here to take this incident, learn from it, and fix the gaps that have been created.” He added that “the entire government was founded on maintaining the status quo – and not on making sharp turns. The alternative is more elections and perhaps more elections after them, and a return to the days of instability – it’s dangerous for the State of Israel.”

He didn’t explain how he plans to fix the gaps with at least 2 MKs from his faction having gone AWOL. Should be very educational. 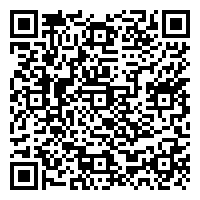