Prime Minister Benjamin Netanyahu and Israel Resilience Chairman Benny Gantz announced Sunday morning that they had reached significant understandings in their efforts to establish a unity government. A joint statement released by the two parties after an all-night meeting at the Prime Minister’s residence in Jerusalem said: “Later in the day, an additional meeting will be held to sign an agreement.”

Apparently, almost all the clauses of the agreement have been finalized.

Likud officials say Netanyahu is expected to offer several Likud ministers other jobs, in order to make room in the cabinet for his new partners. Ophir Akunis, currently Minister of Labor, Social Affairs and Social Services and Minister of Science, Technology and Space, will be asked to vacate all those responsibilities in exchange for the post of Israel’s envoy to the UN, which he is expected to accept. This appointment would leave one of Netanyahu’s most eager heirs apparent, Danny Danon, without a perch from which to leap at the leadership of Likud once the leaping begins.

Yuval Steinitz, Israel’s Minister of Energy who is also in charge of the Israel Atomic Energy Commission, will be offered the post of Ambassador to Washington, DC.

And Mark Regev, a career diplomat currently serving as Ambassador to the UK, will be asked to vacate his post in favor of a Likudnik bigwig who may or may not be fluent in English.

Israel Beiteinu Chairman MK Avigdor Liberman, who had been silent for 48 hours, reappeared Saturday night to tell News 13 he had been surprised by Gantz’s decision to join Netanyahu, and that the move was “a wrong step, not to say a delusional step.”

“Gantz did not share my decision,” Liberman said. “I talked to him, it was a less than pleasant conversation. I have no complaints against him, obviously Netanyahu was going to pull him in.”

At the same time, Israel’s most celebrated Chutzpah King said he did not rule out joining the new government.

MK Ram Shefa (Israel Resilience) told Reshet Bet radio that “the decision to join Netanyahu has been difficult for each of us, but going for the fourth election is unthinkable.”

He added, “Gantz made a tough leadership decision, no one wanted Blue&White to fall apart. But there are hundreds of thousands of unemployed, and I don’t see how it makes sense to tell people that additional elections are needed now.”

Given that this is a rotation government and that Netanyahu is facing criminal indictments, Gantz will likely endorse legislation allowing Netanyahu to serve as acting prime minister during Gantz’s term at the helm. Chairman of the Knesset Regulation Committee Avi Nissenkorn (Israel Resilience) told News 12 Saturday night that the new law would only cover the post of acting prime minister, and not any other portfolios. Since he is under criminal indictments, Netanyahu is not legally permitted to hold a ministerial position. Indeed, the PM has already had to vacate all his other portfolios as soon as the charges against him were filed with the courts.

Another point of contention is who will serve as Justice Minister in the 35th government. At this point, Israel Resilience insist on taking the office away from Likud’s Amir Ohana.

Israel Resilience also objects to letting former speaker Yuli Edelstein get his post back following his tiff with Supreme Court President Esther Hayut, which the mainstream media in Israel saw as an attack on law and order (we here at the Jewish Press Online thought it was a gallant attempt to defend the separation of powers in a democracy). Gantz does not oppose Edelstein’s appointment as the next Speaker, but other Israel Resilience MKs are firm in their objection. Yuval Steinitz would reportedly much prefer to grab the Speaker’s gavel than move to the Washington, DC embassy.

Israel Resilience is not interested in the foreign ministry, because Gabi Ashkenazi is not interested in it. He was originally slated to serve as FM for a year and a half, until Gantz vacates the DM to become PM. Now it appears Ashkenazi would prefer to take over the Health Ministry, where all the news happens these days, or the Ministry of Public Security.

Edelstein, for his part, said that if he’s not getting back the Speaker’s post, he’d like to serve as the next Foreign Minister. Which would be fine with Gantz, but where does that leave Likud senior politician and current FM Israel Katz?

Israel Resilience also gets chairmanship of the Knesset Committee, despite the fact that this post usually goes to an MK from the same party as the Speaker. This time those tow key positions—deciding together which bills go to a vote and which die of neglect and old age—will be split between the two major coalition partners.

Here’s a wild prediction: Israel Resilience may turn out to be a perfect fit with Likud, seeing as it includes several ex-Likudniks and can be seen as reflecting the more liberal-leaning faction of Likud which left the party during the Netanyahu decade. In the end, with Netanyahu’s court cases coming to a conclusion, one way or another, this liberal faction might be absorbed into the Likud mother ship to become a 40+ seat rightwing party. Meanwhile, the grand old Labor party might also be able to resuscitate itself, get rid of the embarrassing mistake also known as Ami Peretz, and recapture its 30+ seat status as Israel’s legitimate leftwing party, on the ruins of Blue&White.

Something to think about, fellow political junkies. 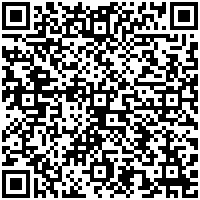