All of Prime Minister Benjamin Netanyahu’s coalition partners insist that the last thing they need right now is a new election, especially the factions Kulanu, Shas, and Yisrael Beiteinu, whose poll scores have been disappointing to catastrophic. But the Haredi United Torah Judaism is insisting on passing its clever solution to the draft of young Haredi men into the army, a solution that could spell political suicide for most of the other factions.

In response to the High Court of Justice rejection of the latest version of the draft law five months ago, the two Haredi factions, Shas and United Torah Judaism, submitted a bill titled Basic Law Torah Study, recognizing Torah study in yeshivas and kolels as a “basic value” of the Jewish State. Basic laws are Israel’s closest thing to a constitution, and so, should the new law be adopted, it would trump any new draft legislation calling for enlisting yeshiva and kolel students.


A leaked recording from a closed session of UTJ revealed just how serious the Haredi party (which stands to jump from six to nine Knesset seats should Shas fail to cross the threshold vote) is about pushing its constitutional law. And you should know recordings from UTJ closed sessions are not leaked unless the faction wants them leaked – it’s a lot like leaks from sessions at the Kremlin that way.

Deputy Minister of Education Meir Porush suggested next week would be the best time to sneak the bill through because the media would be busy covering Netanyahu’s police interrogations (the first one was on Friday just after Purim). MK Moshe Gafni, who had declared in an open committee debate that he would not “vote for the delusional laws of the coalition,” said in the leaked recording that “we should announce that we are not voting on the budget.”

The Likud opposes the Torah Study basic law, as do Kulanu and Yisrael Beiteinu. Likud ministers Yariv Levin and Ze’ev Elkin, who met Thursday night at Prime Minister Benjamin Netanyahu’s office in Jerusalem, will try to amend the draft law so the High Court of Justice would approve it, but it’s hard to imagine a version without a broad-ranging Haredi draft passing the court’s scrutiny. So UTJ is insisting the law making Torah study equal in value to military service “is the only solution.”

It’s possible that Meir Porush represented the essence of the UTJ thinking regarding the PM’s police troubles and the path to passing the new basic law. His logic goes: if UTJ is unable to deliver on the draft issue, it might as well leave the government, because its rabbinic guides as well as many of their voters attribute supreme importance to this issue. With that in mind, at a time when the PM is at his weakest, why not try and squeeze the law out of him while they still can. Like the man in the balcony said, it wouldn’t hoit.

The clash over the bill is reaching the point where the gloves would be pulled off and the political fisticuffs could start. The Haredi parties fear that once the budget is approved at the end of the current Knesset session, in two and a half weeks, their partners—Netanyahu, Kahlon, Bennett and Liberman—would lose the incentive to even look at their bill. Which is why Deputy Minister Yaakov Litzman and Finance Committee Chairman Moshe Gafni are threatening not to vote on the budget before their bill is promoted.

On the other hand, Finance Minister Moshe Kahlon opposes any postponement of the budget vote—his masterpiece—among other things because he, too, is concerned about Netanyahu’s dates with the police which could muddy up the scene and push off the budget vote, possibly to the next government. And in that next government he, Kahlon, with only 7 seats in the polls, might not be finance minister, if he’s in it at all.

And so PM Netanyahu will have to come up with a solution that makes the Haredim happy despite the fact that their bill is going to be quashed. It was Bismarck who said Politics is the art of the possible – but Bismark didn’t work with Haredi politicians. 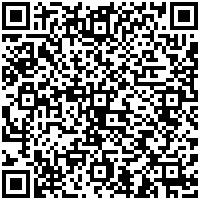