The Knesset will dissolve on Tuesday night at midnight and Israel will go to the fourth round of elections in a bit less than two years after a bill to extend the deadline for passing the state budget was voted down in the Knesset plenum on Monday night.

The bill, an amendment to Basic Law: The Knesset, would have delayed the deadline for passing ​the 2020 state budget from December 23 to December 31.


The Knesset’s plenum rejected the proposal to postpone the transfer of the budget by two weeks by a majority of 49 to 47 after Members of Knesset Miki Haimovich, Ram Shefa and Assaf Zamir from the coalition voted against the bill. MK Michal Shir (Likud) also voted against it.

The four were not present in the hall at first but entered the plenum in the middle of the debate and theirs were the votes that brought down the bill.

The bill did not pass, and the Knesset will automatically dissolve and elections will be held sometime in March 2021, most likely March 23.

The elections come as the left-center bloc is divided, the Arab-majority Joint List is on the verge of dissolution, and three parties that will combat each other are running on the right – Naftali Bennett’s Yamina, Gidon Sa’ar’s New Hope and the Benjamin Netanyahu’s Likud parties, ensuring an acrimonious period in an already toxic environment in Israel.

From its inception, the government has been squabbling over almost every issue and is considered one of the worst in Israel’s history.

Polls show that Prime Minister Benjamín Netanyahu’s Likud party is in the lead with about 30 seats while Blue and White, his former chief coalition partner, has lost most of its power and has less than 10 seats. 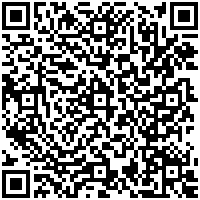