Yesterday Esther Horgen went for a run by her home.

She didn’t come back.


This morning we woke up to the news of her body found, in the woods, in what was described by those who have seen way too much death as perhaps the most brutal murder scene they had ever witnessed.

Esther was 52 years old, the mother of 6, an artist, and a couple’s counselor. In her photo (below) you can see a vibrant woman, full of life.
How can one differentiate murder from murder? It isn’t considered appropriate to categorize a murder as a terror attack unless the event was witnessed, or the perpetrator is caught. The news coverage will say “suspected terror attack” – but our security forces know.

People who have seen too much death know. Not all cases are clear but here, the sheer brutality gives it away.

Murder in Israel is very rare. It happens between mafia fights (yes, we do have some “crime families”), in some rare cases of break-ups and in “honor killings” which unfortunately still do occur among the Arab population. Random murders almost never happen. Murder of Jews, because they are Jewish by Arabs who wish that we didn’t exist – does happen. It’s not all that common, but it does happen.

Women, brutally murdered in the woods for the crime of being Jewish and free (Kristine wasn’t Jewish, but her murderers didn’t know that. My friend Kay who was with her and who miraculously survived – is).

There is only one answer to the murder of Esther Horgen. The murderer must be brought to swift (and hopefully final) justice. Then we build new homes. An Esther neighborhood. Horgen Hill. A place where more Jewish children can live, grow and thrive in the land of our ancestors.

That is how it is done.

Our answer to murder is LIFE.

As a tribute to Esther Horgen (z”l)Strong Jewish women decided to run in the PA town of Huwara (in Samaria) as a response to the murder of Esther Horgen who was murdered jogging near her home in the north of Samaria.
These women will not be cowed by terrorists. One of the runners is Yael Shevach, the wife of Rabbi Raziel Shevach who was murdered by a terrorist in 2018.
We are free, returned to our ancestral homeland and no one will ever make us leave. 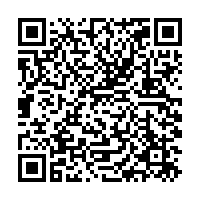