Likud MK Dudi Amsalem on Wednesday morning told Reshet Bet radio that Benjamin Netanyahu’s support for Supreme Court President Esther Hayut after he, Amsalem, had attacked her from the Knesset podium, was not right (Supreme Court Pres. Hayut to MK Amsalem: I Was Born in a Transit Camp; Where Did your Poison and Hatred Come From?).


“I was not personally offended, I thought he was hurting the dignity of the national camp,” MK Amsalem said. “I love him and support him, it’s okay to disagree with me, but I told him I was by no means accepting that he was calling Hayut. That’s not right.”

Last week, Amsalem raged at Hayut from the Knesset podium after the High Court had rejected all three of his petitions. “Instead of writing nonsense that you yourself don’t understand, just write, Mr. Amsalem, I can’t stand you, I can’t stand the Amsalems and the Makhloufs, and I won’t support you because this belongs to us,” he said.

“If Amsalem David cannot petition the court as a Member of the Knesset, as a public petitioner…. When have you rejected a petition from the ginger heads, and this association, and those over there … all the leftists … and I, an MK, can’t petition? You belittle 70% of the nation of Israel. All those whose name does not end in ‘Vich,’” Amsalem continued.

Amsalem told Reshet Bet: “Netanyahu was prime minister for 12 years, and in the end, we did not make any reform that was required in the judicial system. It didn’t happen by itself, it was a developing process. Netanyahu was the first to oppose the French law (extending immunity from prosecution to a sitting prime minister – DI), and a law that would grant the state an inherent right of appeal. As [Supreme Court Chief Justice] Aharon Barak said, he (Netanyahu) really guarded the justice system. It’s not a joke, it’s real. And that’s what the prophet is crying about (an adage meaning this was his failure – DI.”

If your Hebrew is good enough, you’ll enjoy attorney Barak Cohen’s take on the Hayut letter. He really puts it in perspective: 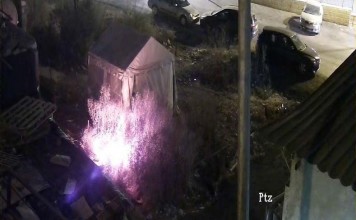 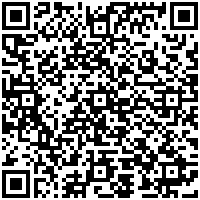