Most living Israelis and Diaspora Jews are familiar with the emotionally charged recording of the November 29, 1947 UN vote on the Partition Plan for Palestine, followed by images of Israelis dancing in the streets and then by Arab terrorism and an invasion by several Arab states.

A new campaign of the Regavim movement dubbed “Terrorist State – Around the Corner” was officially launched on Monday with a harsh video using familiar elements from that 1947 event, but this time the vote is cast by the Knesset and the result is a PLO-owned Palestinian State.

The campaign was launched in response to the Netanyahu government’s shirking its responsibility and failing to enforce the law—endorsed by the High Court of Justice against illegal Arab construction in Israel’s Area C, which is tantamount to establishing a Palestinian State in the near future.

The video concludes with the secretary of the Knesset asking for Prime Minister Benjamin Netanyahu’s vote, and he votes in favor of a Palestinian state, which causes an ecstatic reaction with the Arab viewers.

Regavim CEO Meir Deutsch said the movement expects Netanyahu to not merely say he is a rightwinger, but prove it with action. 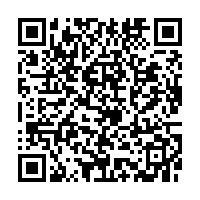