According to the Mishna at the beginning of Tractate Rosh Hashanah, there are four days in the Jewish year that serve as Rosh Hashanah, or the New Year, each for a different purpose.

On the first of Shevat is the New Year for the trees, says the Mishna, the fruit of a tree that was formed prior to that date belong to the previous tithe year and cannot be tithed together with fruit that was formed after that date. This ruling is in accordance with the House of Shammai. But the House of Hillel says the New Year for trees is on the fifteenth of Shevat – and they were the majority so they win and we got Tu BiShvat, TU in Hebrew numerology being the value of 15.


Jews began reciting special prayers and treating Tu BiShvat as a holiday around the Gaonic period, 7th Century CE, in Babylon and a century or so later in France and Germany. Even though the halachic value of the holiday is all about determining when a Jewish person could tithe the fruits of their trees to eat in Jerusalem at the Temple, diaspora Jews craved the memory of Eretz Israel’s colors and fragrances that were associated with it.

Many eat the fruits of the Land of Israel on Tu BiShvat, and in particular, the seven species for which the Land of Israel was praised: Wheat, Barley, Grapes, Figs, Pomegranates, Olives, and Dates. The custom of eating the fruit began among Ashkenazi Jews, but over time, the custom spread to most Jewish communities, with the exception of the Yemenite Jew.

The custom of eating the fruits of the Land of Israel on Tu BiShvat was mentioned in some Chassidic books, possibly in response to the Gemara (Yevamot 15a) that reports that Rabbi Akiva picked an etrog on the first and the fifteenth of Shevat (to follow both Shamai and Hillel). Now, there’s a midrashic opinion (Rabbi Abba od Acre in Bereshit Raba) suggesting the etrog was the fruit of the tree of knowledge that was eaten by Adam and Eve, and so Rabbi Akiva’s custom may have been an act of repair for the sin of the Tree of Knowing Good and Bad.

The custom of eating fruits on Tu BiShvat was first mentioned by Rabbi Issachar ben Mordechai Ibn Sossan (16th century CE), a Moroccan sage who settled in Tsfat after the expulsion from Spain, who wrote in his book Tikkun Issachar: “Tu BiShvat … Rosh Hashanah for trees, so there are no Tachanun (also called nefilat apayim, a supplication that follows the morning and afternoon Amidah prayers) … and the Ashkenazim enrich it with various kinds of fruits in honor of the day.”

In the 16th century, the kabbalist Rabbi Yitzchak Luria of Tsfat (the Ari z”l) and his disciples instituted a Tu BiShvat seder in which the fruits and trees of the Land of Israel were given symbolic meaning. The main idea was that eating ten specific fruits and drinking four cups of wine in a specific order while reciting the appropriate blessings would bring human beings, and the world, closer to spiritual perfection.

The Ben Ish Chai (Rabbi Yosef Hayim of Baghdad, 1835-1909) instituted a special seder of prayers for Tu BiShvat as a means of asking to merit an elegant etrog for Sukkot, according to an ancient tradition of Ashkenazi sages.

In Israel, the kabbalistic Tu BiShvat seder has been revived and is now celebrated by many Jews, religious and secular. Special Haggadot have been written for this purpose.

On Tu BiShvat 1890, Rabbi Ze’ev Yavetz, one of the founders of the Mizrachi movement, took his students to plant trees in Zichron Yaakov, just south of Haifa on Mount Carmel. This became a popular custom and in the early 1900s, the Jewish National Fund dedicated TuBishvat to planting trees. To this day, JNF schedules major tree-planting events in Israel’s forests every Tu BiShvat, with schoolchildren and adults partaking in the planting and singing: 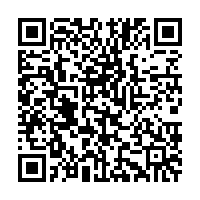