Now the short but inspiring notes he gave, translation below:
Advertisement

I am here in an apartment next door to Rabbi Kanievsky’s of righteous memory. And he truly was a righteous man. He was a Tzadik and a great source of light. Of the giants of this generation. Who kept the ambers of the Torah of Israel which is the foundation for the nation of Israel. And he did it in a way that warmed hearts, captured hearts, in Israel and around the world. I know I’m speaking to a huge public. I know there’s great labor here for the Torah of Israel and for the nation of Israel. And we will always, always, guard his memory and walk in his light. 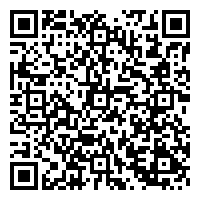