Rabbi Marvin Hier, dean and founder of the Simon Wiesenthal Center, its Museum of Tolerance, and of Moriah, the Center’s film division, will be the first non-Israeli to light a torch at Israel’s Independence Day Eve ceremony, May 1, on Mount Herzl in Jerusalem, Yedioth Ahronoth reported Friday.

Rabbi Hier is one of 12 torch lighters who have been slated for approval by Culture Minister Miri Regev (Likud). Also on the list: billionaire Amnon Shashua, founder of Mobileye—which he recently sold to Intel for a record $15.3 billion.

In January, Rabbi Hier said a prayer during the inauguration of President Donald Trump in Washington, DC, ignoring many calls from within the liberal Jewish community to refuse the honor. He recited a verse from Psalm 137 that reads: “If I forget you, Jerusalem, may my right hand wither away. May my tongue stick to the roof of my mouth if I fail to remember you, if I fail to count Jerusalem as the greatest of all my joys.”

In 2007, Newsweek describes Rabbi Hier as being “one phone call away from almost every world leader, journalist and Hollywood studio head.” In 2007 and 2008 Newsweek named Rabbi Hier the most influential rabbi in America. 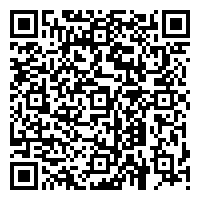