An Israeli civilian working on the construction of the barrier on the Gaza Strip border was injured Wednesday by gunfire in the Nahal Oz area, very close to the fence. The wounded man, 33, was treated on the spot and then taken to Barzilai Hospital in Ashkelon. He was hit by shrapnel in his legs, and not directly from the shooting. His condition is mild.

Minutes after the shooting, IDF tanks responded and shelled five Hamas positions in the northern Gaza Strip. Media outlets in Gaza reported that the shooting was aimed, among other things, at an observation post east of Gaza City. Three Arabs were wounded by the tank fire, two of them lightly and one moderately. They were evacuated to a local hospital.

The Arab attack followed reports from the Israeli defense establishment about easing the siege on the Gaza Strip and actually took place during a special meeting of the terrorist factions in the Gaza Strip that protested Tuesday’s meeting between Defense Minister Benny Gantz and PA Chairman Mahmoud Abbas (Gantz Gives Away the Store to Mahmoud Abbas, Faces Harsh Criticism from the Right).

The IDF ordered farmers in the Gaza Envelope communities to leave their fields that are located close to the border. 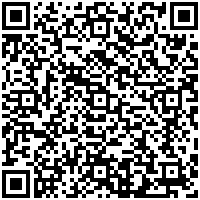