President Reuven Rivlin on Sunday met at his residence with 12 passengers who traveled on the Exodus, marking seven decades since the ship’s iconic voyage to the Land of Israel.

Speaking with the President was Yitzhak Rosman, son of the late Mordechai Rosman, leader of the passengers seeking entry, and Dr. Zvi Hatkevitz, who presented the President with a copy of the diary written by his father, David Hatkevitz, aboard the Exodus.


“The Exodus is a symbol,” began the President, and added, “This ship was a turning point in the attitude of the whole world, in the global political dispute, to the morality behind the idea of establishing a state for the Jews in the Land of Israel.”

“This was a decisive event leading up to the UN decision taken on November 29, 1947. You were refugees from the Holocaust, who come to your country and your homeland out of a clear determination that there was no other way but to come to the Land of Israel,” said President Rivlin.

He continued, “I remember the terrible shock that gripped the entire Yishuv (Jewish community) when you boarded the three ships to be taken back to the catastrophe.”

Dr. Zvi Hatkevitz told the President, “Seventy years ago this week, the ship arrived at the Haifa port after a night battle during which British soldiers took control of the ship. The passengers of the Exodus disembarked from the ship, and were immediately removed from the Land of Israel on three British deportation boats.”

Yitzhak Rosman said, “On the Exodus, there were children, women, and men who had lived through the Holocaust in Europe with one great hope to reach the Land of Israel. There was no difference between the religious or secular, Ashkenazi or Moroccan Jews.”

Rosman added, “The story of the Exodus must not be forgotten. It is a story of determination, heroism and courage. A human mosaic of people who lost all most precious to them in the terrible war.” 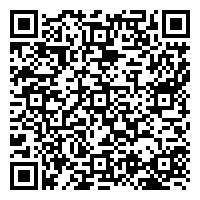