As Jews worldwide begin to observe the nine days of mourning for the destruction of the Holy Temples, the Temple Institute has released a poignant new video to reframe the mourning period and awaken world Jewry.

The video is the fifth in the “Children are Ready” series which has already accumulated over 1 million views on the Temple Institute’s YouTube page. The video artistically takes the viewer on a walking tour of Jerusalem through the dreamy eyes of a child, fifty years after the holy city’s reunification. It ends with a twist of fate that challenges the viewers’ preconceptions of Tisha B’Av as a day of eternal mourning despite Zachariah’s prophecy that it would one day become a day of great joy with the rebuilding of the Third Holy Temple.


Rabbi Chaim Richman, co-founder of the Temple Institute and producer of the film stated: “We are no longer in exile, sixty-nine years ago we miraculously returned to our land and re-established Jewish sovereignty, fifty years ago we were reunited with Jerusalem and the Temple Mount. It’s time to wake-up and re-frame Tisha B’Av into a day of hope. We cannot continue to robotically mourn as if nothing has changed in the last century.”

The Temple Institute is the leading center of research and preparation for the Holy Temple. In addition to educational activity focused on the centrality of the Temple Mount and Holy Temple, the Institute has also recreated over 70 sacred vessels for use in the Third Holy Temple. 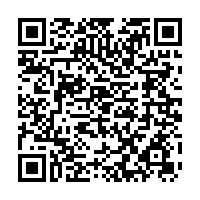