What is the secret of tekhelet (azure) and argaman (purple), two precious colors which have held great significance for generations?

The quest to discover the origins of tekhelet begins with a semi-precious blue stone, lapis lazuli, which was imported from distant Afghanistan to the ancient Near East. The stone was prized for its heavenly color, and in Mesopotamian, Egyptian and Canaanite cultures it was associated with the sky, where the gods were believed to reside.


The shimmering, deep blue stone was considered one of the world’s most desirable and precious materials. The Bible called lapis lazuli “sapphire” and it appears in the books of Exodus and Ezekiel in descriptions of God’s throne and footstool. In the Talmud, this sapphire stone (which is different from the mineral now called by this name) is linked to tekhelet, the prestigious color used to dye tzitzit (ritual tassel) threads and the fabrics of the tabernacle.

Due to the rarity and value of lapis lazuli, the ancients attempted to manufacture imitations of the material using artificial compounds such as Egyptian blue, faience and glass, all of which feature in jewelry and ritual objects displayed in the exhibition “Out of the Blue,” at the Bible Lands Museum Jerusalem.

Opened on Friday, June 1, the exhibition showcases unique archaeological and historical items of profound cultural significance. The exhibition displays for the first time two-thousand-year-old tekhelet and argaman dyed fragments of textiles found in the caves of the Judean Desert and Masada.

Also on display: a unique crown embedded with the rare lapis lazuli gemstone, the only known jar in the world that was painted entirely in purple, featuring royal inscriptions of Darius I, king of Persia, in four languages, and fascinating archaeological evidence of a purple dye industry in Tel Shikmona and Tel Dor.

Finally, visitors to the exhibition will see rare prayer shawls and historic flags as Israel celebrates its 70th anniversary.

In search of bold and impressive dyes, the inhabitants of the ancient Mediterranean found a way to extract luxurious, fade-resistant pigments from the body of murex snails. Splendid dyes were manufactured by a complex process, and applied to woolen textiles in hues ranging from blue to reddish purple – the biblical tekhelet and argaman.

Argaman (purple) was considered the most prestigious dye in the Roman world, but Jewish sources attributed a greater importance to the tekhelet blue. In the descriptions of the Tabernacle and its utensils in the book of Exodus, tekhelet always appears before argaman. It is recorded that the robe of the High Priest was “pure blue,” and every Israelite was commanded to place a blue thread in the tassels (tzitzit) in the corners of their garments.

In the Roman period, nobles often wore tunics with crimson stripes, and the Jews adopted similar styles. The four-cornered garment with stripes and tassels, the tallit, was worn daily during prayer and study. With the decline of the blue and purple dye industry, the blue thread disappeared from the tassels, but the tallit, which had become a prayer shawl, was often decorated with blue stripes – a memento of the tekhelet thread that had once been part of the tzitzit.

At the end of the 19th century, the leaders of the Zionist movement sought to create a flag that expressed the identity and national aspirations of the Jewish people. The flag chosen was a white field with parallel tekhelet blue stripes above and below a Star of David in its center. The tekhelet blue, which reminded every Jew of their connection to God, remained in the memory of the people and became an integral part of the national flag of the State of Israel.

Amanda Weiss, Director of the Bible Lands Museum said in a statement: “This special exhibition looks at the magnificence as well as the significance of the color Blue in the ancient world, and ties the blue dyed threads mentioned in the Bible and extra-biblical texts, to the very design of the flag of the State of Israel today. The BLMJ is proud to be the one Museum in the world that highlights the relevance and continuity of the roots of civilization in this region and their impact on our world today, in a universal and non-sectarian way.” 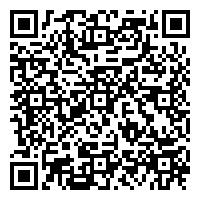