The 11-year-old Israeli boy who last summer met India’s Prime Minister Narendra Modi during his historic visit to the Jewish State, arrived Tuesday in Mumbai with his grandparents.


It’s the first time Moshe Holtzberg has been to India since his parents, Rabbi Gavriel and Rivka Holtzberg, were killed on November 26, 2008 in a horrific terrorist attack along with their four guests at the Nariman Chabad House they ran in Mumbai.

Moshe, at that time just two years old, was found crying next to their bodies by his Indian nanny Sandra Samuel, who grabbed him and fled, thus managing to save both their lives while terrorists were still in the building.

Holtzberg has said he wants to visit Nariman Chabad House where his parents raised him, and the Gateway of India. On Thursday, he and his grandparents are set to join Prime Minister Benjamin Netanyahu, who is in the country for an official state visit to mark 25 years of diplomatic ties between Israel and India, to unveil a memorial at Nariman House honoring the victims of the massacre by the Pakistani Lashkar-e-Taibi terror cell.

In Mumbai, Moshe’s parents and their guests were not the only victims: a total of 166 people lost their lives to the slaughter by the 10-member terror cell over a four-day period, and at least 308 others were wounded in the series of 12 coordinated shooting and bombing attacks throughout the city. 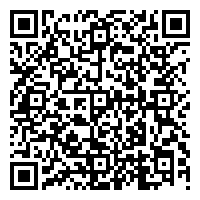