The conviction of a 97-year-old former Nazi camp secretary for participation in the murder of more than 10,000 people in the Holocaust was appealed, a German court announced on Wednesday.

The defense team of Irmgard Furchner, the first woman tried in Germany for Nazi-era crimes in decades, and a second plaintiff subsequently “submitted an appeal to the Federal Supreme Court against the ruling of the regional court of Itzehoe,” read a statement from the court, reported AFP.

According to the spokeswoman, the legal challenge could only question whether the penalty was founded on a violation of the law.

Furchner was sentenced to two years in prison with a two-year suspension last week for her role in what prosecutors termed the “cruel and deliberate murder” of captives at the Stutthof camp in occupied Poland. She had expressed regret during the trial, telling the court she was “sorry about everything that happened.”

Furchner took dictation and handled correspondence for camp commander Paul Werner Hoppe between June 1943 and April 1945, while her husband was a fellow SS officer at the camp.

An estimated 65,000 individuals died at the camp near Gdansk, including “Jewish captives, Polish partisans, and Soviet Russian prisoners of war,” according to prosecutors. 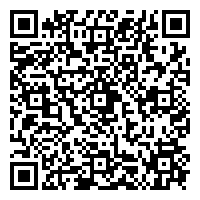