Among the Holocaust survivors participating are those who survived due to the selfless acts of medical professionals. Participants in the Virtual March from across the globe were filmed using innovative 3D technology so they appear to be marching along the traditional March of the Living route at Auschwitz-Birkenau.


As a tribute to the medical professionals who risked their lives during the Holocaust, numerous medical associations around the globe, including the World Health Organization, as well as those on the forefront of the fight against COVID-19 will participate in this virtual program. Among those marching will be doctors, nurses, and paramedics. Also, marching will be Israel’s Coronavirus Commissioner Prof. Nachman Ash, second generation to doctors during the Holocaust who is today leading physicians on Israel’s medical front against Covid-19, Prof. Idit Matot, Director of Anesthesia in Tel Aviv’s Ichilov Hospital, and Galia Rahav Head of the Infectious Disease Unit and Laboratories at Sheba Medical Center, Magen David Adom Director-General Eli Beer, and Haim Freund, CEO of Ezer Mitzion who is marching with his mother, Holocaust survivor Tzipora Freund.

The Virtual March will premiere Thursday April 8 on Israel media at 3 PM IRL, followed by the global broadcast at 10 AM ET / 4 PM CET / 5 PM IRL, and will be followed immediately by an online memorial ceremony with the first torch of remembrance lit by President Rivlin.

Israel’s President Reuven Rivlin: “We all have a duty to pass on the memory of the Holocaust to future generations, not to forget, not to let it be forgotten. During this pandemic we are prevented from stepping on the accursed earth, saturated with the blood of six million of our people. Yet, we have vowed never to forget or let go. Technology allows us, each and every one of us, to participate in the March of Living without leaving home while contributing to the commemoration of the Holocaust and its victims. We must harness all the tools at our disposal to fight racism, anti-Semitism, attempts at denial. We must continue marching.”

One of the most moving aspects of the March of the Living is the opportunity for participants to memorial plaques with personal messages on the train tracks at Birkenau. The public is invited to participate and have their personal message virtually placed against the backdrop of the infamous train tracks at the Auschwitz-Birkenau camp. Individual plaques and messages can be placed via a dedicated mini-site.

“The fact that this is the second year that we will not march in the March of the Living on Holocaust Remembrance Day at the site of the Auschwitz-Birkenau extermination camps is difficult,” said March of the Living World Chair, Dr. Shmuel Rosenman and March of the Living President, Phyllis Greenberg Heideman. “However, will never stop the work of remembrance. This year we found a unique way to hold a virtual march in a way that brings us as close as possible to a feeling that cannot be explained in words. We will be in Auschwitz-Birkenau in spirit and soul, and we will be joined by millions of people around the world.”

Jewish Agency Chair Yitzhak Herzog: “The ‘March of the Living’ connects between those who learned about the Holocaust firsthand and those who did not; between the generation of survivors that is disappearing, and the younger generation that grew up around the world not knowing firsthand the story of the Holocaust and the struggle of the Jewish people as well as the predatory powers of racism and antisemitism.”

International March of the Living is the largest annual international Holocaust education program which, until the Coronavirus outbreak in 2020, has taken place in Poland and Israel without interruption, since its inception in 1988.

To date, close to 300,000 International March of the Living participants have marched en masse along the 3.2 kilometer path from Auschwitz to Birkenau, in tribute to the greatest loss in the history of the Jewish people and all humanity. 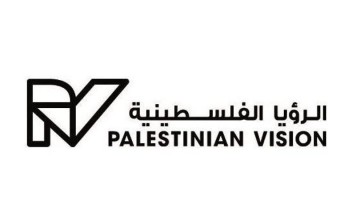 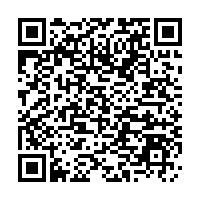