Poland’s Prime Minister Mateusz Morawiecki told participants at the Munich Security Conference on Saturday that Nazis were not the only perpetrators of the Holocaust – there were Jewish perpetrators as well.

The prime minister was responding to a question by an Israeli journalist who questioned whether writing the story of his own mother’s survival of the Holocaust in Poland wouldn’t land him in a courtroom.


The question was raised regarding Poland’s new law criminalizing public statements “falsely” blaming the government, nation or Polish citizens for perpetrating or collaborating with Nazi crimes during World War II.

Morwaiecki said the law didn’t really work that way: the journalist wouldn’t be blamed for writing about his mother’s experiences because just as there were Polish perpetrators of war crimes during the Holocaust, he said, there were others, including Jews.

Labor Party leader Avi Gabby called Morwaiecki a Holocaust denier, adding in a statement: “The blood of millions of Jews cries out from Polish soil about the distortion of history and the escape from guilt. Jews were murdered in the Holocaust and Poles took an active part in their murder. The government of Israel must be the voice of the millions of those murdered and strongly condemn the words of the Polish prime minister.”

Zionist Union MK Nachman Shai said in a statement that the Israeli government should cut its diplomatic involvement with Poland. “The time has come for the government of Israel to take practical steps and make it clear to Poland that the law and its repeated statements about Poles and the Holocaust of European Jewry are on the border of Holocaust denial,” he said. “It must demand a change in this twisted law and until then reduce the rank of the embassy in Warsaw. Today’s political interests are important. Jewish history is more important.”

Yesh Atid party chairman Yair Lapid called on Israel to recall its ambassador from Poland immediately in response to Morwaiecki’s statement, saying it was “Anti-Semitism of the oldest kind… The Jewish state will not allow the murdered to be blamed for their own murder.”

Last week, Polish presidential adviser Andrzei Zybertowicz further rubbed salt in diplomatic wounds by claiming in an interview published in the Polska-Times newspaper that Israel’s vehement objections to the law came from a “feeling of shame at the passivity of the Jews during the Holocaust.

“Many Jews engaged in denunciation, collaboration during the war,” said Zybertowicz,” an adviser to Poland’s President Andrzei Duda. “I think Israel has still not worked it through.” 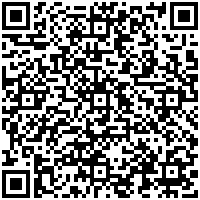