Perhaps he was waiting for his Bar Mitzvah.

The world’s oldest man, Yisrael Kristal, passed away peacefully on Friday in Israel after becoming ill on Thursday, just one month shy of his 114th birthday and 11 months after celebrating his Bar Mitzvah, held on the 27th day of the Hebrew month of Elul last year.


The ceremony was celebrated with great fanfare by Mr. Kristal and his family at the Western Wall in Jerusalem, a century after Jewish males normally would have done so.

At the time he would normally have stepped up to bless the Torah portion to enter Jewish manhood, his mother had already been gone from this world three years; his father captured for the Imperial Russian Army, dead within months as well. Living with his uncle, the family was struggling in the grip of World War I.

Documents from Polish archives used for the registry in the Guiness Book of World Records showed he was a resident of Lodz at age 15, having moved to the city after the war to work in the family confectionary business.

A good business decision after World War I became the entry to an inferno in World War II; the Nazis invaded and turned the Jewish quarter into a ghetto.

Mr. Kristal and his wife Chaja Feige were sent to the Auschwitz death camp (where she died). His two children died in the ghetto. A survivor, Mr. Kristal emerged from the death camp weighing 37 kilos (81 lb) upon liberation.

He came to Israel on aliyah with a second wife – Batsheva, also a survivor – and with their infant son. In Haifa they opened a candy store, the follow-up to the sweets he made to thank the Russians who freed him from the death camp. 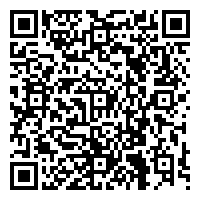