The world’s oldest Jewish man is about to celebrate his bar mitzvah, albeit a century late.

Yisrael Kristal has just turned 113 years old on the secular calendar on Thursday; but in two weeks he will also have his birthday on the Hebrew calendar. On THAT date, he will finally celebrate his bar mitzvah as well.


The supercentenarian was born to religious Jewish parents on September 15, 1903, in Maleniec, Końskie County near Żarnów, Poland, then part of the Russian Empire on September 15, 1903. His father was a Torah scholar who ensured he had a religious education, and as a result, he has remained religiously observant all his life. He attended a cheder at age three, where he studied Judaism and Hebrew. He learned Chumash (Five Books of Moses) at four and the Mishnah at six. In a 2012 interview, he recalled his father waking him at five in the morning to begin his religious instruction.

Documents from Polish archives showing him to have been a resident of Lodz in 1918 at age 15 proved his age to the Guinness World Records organization.

But tragedy struck early: His mother died when he was 10 years old, shortly after his father had been captured for the draft by the Imperial Russian Army, dying within months. By the time he turn 13, Mr. Kristal was living in a world gone mad, under the care of an uncle dealing with World War I.

He moved to Lodz after the war to work in the family confectionary business, according to his daughter, Shulamit Kuperstoch. But the Nazis invaded the city during World War II, turning the Jewish quarter into a ghetto. Mr. Kristal’s two children died in the Lodz Ghetto, and he and his wife Chaja Feige were sent to the Auschwitz death camp, where she died too.

But Mr. Kristal survived, weighing only 37 kilos (81 lb) when the camp was liberated. After regaining his strength, he made aliyah to Israel with his second wife Batsheva — also a Holocaust survivor — and their infant son, moving to Haifa, where he opened a candy store.

In two more weeks, his children, grandchildren, great-grandchildren and cousins and friends will all bless him as he celebrates Jewish manhood in the Jewish ritual that circumstances denied him a century ago. Mazel tov! 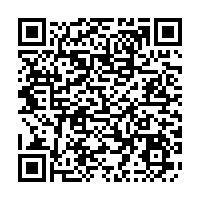