On Monday, the Chief Rabbinate published a document titled, quite sternly, “Criminal Enforcement Policy of the National Unit for the Enforcement of the Prohibition of Fraud in Kashrut Act.”


Despite the aggressive title, the document represents great liberation from the yoke of the Chief Rabbinate’s system, in favor of more modern and efficient services – all of which are thoroughly halachic. It states for the first time in the history of the State of Israel that a food business owner is allowed to post a statement saying his business is supervised by an agency other than the Chief Rabbinate, and that the same agency makes sure that the raw materials and manner of handling the food are controlled and that the kitchen is either dairy, parve, or meat.

According to the Tzohar website, several years ago the organization established a kosher system that works alongside the rabbinate, nationwide. Among the hundreds of businesses under Tzohar’s supervision are hotels, nursing homes, restaurants, food stalls, food manufacturers, and importers. According to the website, their supervision is recognized and valued by the Israeli public.

Yehuda Zeiderman, CEO of Tzohar Kashrut, who was one of the initiators of the dialogue with the rabbinate’s representatives, said with satisfaction: “This is a historic agreement between Tzohar Kashrut and the rabbinate and a real revolution in the world of kashrut. For the first time there is a recognition by the Chief Rabbinate of an external supervisory body. This is a brave and right step on the part of both sides, which is all for the good of the Jewish world and the good of those who want to keep the commandments and increase kashrut in Israel.”

The document, which a food business owner is allowed to fill out and present to his customers, is a self-declaration according to which the owner adheres to a list of standards that include:

The business is also free to indicate the name of the kshrut agency that supervises it.

Immediately afterwards, the Chief Rabbinate sought to clarify matters: “In recent months, after its representatives have been authorized to serve as prosecutors by the Attorney General, the Chief Rabbinate began filing indictments against business owners who represent their business as kosher in violation of the law. After a number of indictments were filed against business owners who violated the law, and subsequent to hearings held in court, the rabbinate’s enforcement policy has been updated in accordance with the comments of the court and the State Attorney’s Office.”

In other words, they deny having held negotiations with Tzohar, because this would legitimize a modern Orthodox rabbinic organization, which means loosing turf and eventually, of course, jobs. So the Chief Rabbinate clarified the new document, saying, “The published enforcement guidelines were issued in accordance with a High Court ruling that allowed a self-declaration signed by the business owner regarding the manner in which the kashrut of its business is maintained.”

“Also in accordance with the ruling of the High Court,” says the Chief rabbinate, “the business must make it clear in writing and in a conspicuous and clear manner that the place does not have a kosher certificate from the Rabbinate which is authorized by law. In addition, it is forbidden to present in public a signed certificate from an external supervisory body indicating the standards used in that place or the use of the external supervisory body’s logo, in order to prevent misleading the public.”

But the Tzohar rabbis need not lose heart. The Chief rabbinate’s consent, whether made with a smile on their lips or not (the reader is invited to guess), still constitutes a huge victory for the alternative kosher services in Israel, because, from now on, the Chief Rabbinate inspectors are not allowed to impose fines on businesses that do not use their kashrut services.

Eventually, Tzohar’s courteous and efficient service, which also costs less, will change the kashrut map in Israel, and the business will start shifting to the Modern Orthodox rabbis who represent the vast majority of traditional Israeli Jews.

Besides, the ultra-Orthodox customers don’t need the Rabbinate’s kashrut supervision, which in their eyes are not different from Tzohar’s. Everybody is happy. 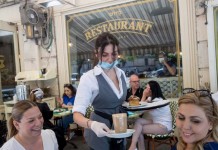 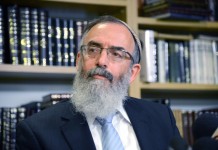 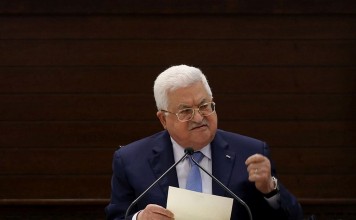