Claudia Sheinbaum Pardo (56) made history twice today. First of all, she was elected as Mexico City’s first female mayor, and second, she is also the city’s first Jewish mayor.

Sheinbaum is not just your average politician, but a scientist with a doctorate in energy engineering, environmental engineering and a degree in physics from the Universidad Nacional Autónoma de México (National Autonomous University of Mexico). She also spent four years as a PhD student in California.


Her parents, Carlos Sheinbaum Yoselevitz (a chemist) and Annie Pardo Cemo (a biologist) are both Jewish. Her grandparents immigrated from Lithuania and Bulgaria.

Sheinbaum has published more than a hundred papers and two books on the topics of sustainable development, energy and the environment. 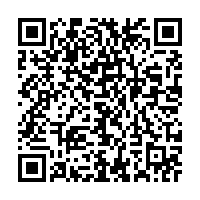