Henry Morgenthau III – who passed away last week at the age of 101 – carried a proud name, growing up in the long shadows of a father and grandfather whose historical legacies nobody could never hope to match.

He managed to carve out an impressive professional life of his own, independent of his distinguished forebears, but, time and again, he was drawn back to the history and controversies surrounding America’s responses to genocide.

A television and radio producer and writer, Henry joined the staff of the Boston-based pioneering public broadcasting station, WGBH, in 1957. It later became the flagship producing center for what is now the PBS network.

Henry later served as a fellow at the Joan Shorenstein Center for Press, Politics and Public Policy at the Harvard University John F. Kennedy School of Government, as well as president of Harvard Hillel.

Like his father – like most Americans – Henry was an admirer of President Roosevelt for leading America out of the Great Depression and to the brink of victory in World War II. At the same time, he did not shy away from acknowledging less flattering aspects of the Roosevelt legacy.

In an interview with the historian and Roosevelt family friend Joseph Lash for Lash’s 1988 book Dealers and Dreamers, Henry acknowledged that while his father considered himself a personal friend of FDR, the friendship had strict limits. Thus, even though the Roosevelts and Morgenthaus were neighbors in Hyde Park, New York, the Roosevelts always maintained “a certain distance…in those days I could not have gone nor would [my parents] even have thought of my going to the same schools that the Roosevelt children went to.”

In the 1980s, Henry began working on a social history of the Morgenthau clan and their world, called Mostly Morgenthaus. His interviews with the men and women who knew and worked with his father brought Henry face to face with the history of FDR’s response to the Holocaust.

In his book, Henry depicted Roosevelt as being uninterested in the plight of the Jews under Hitler, a problem exacerbated by the fact that the president was surrounded by Jewish advisers who did not want to call attention to their Jewishness by speaking to the president about Europe’s Jews. Treasury Secretary Morgenthau was one of those who “didn’t want to stand out as a Jew.” Henry III said there was “a climate of Jewish evasiveness.”

It was Morgenthau Jr.’s non-Jewish aides, especially Josiah E. DuBois, Jr. and John Pehle, who uncovered the Roosevelt administration’s suppression of Holocaust news and pressed Morgenthau Jr. to intervene. DuBois and Pehle undertook “the initial breakthrough to my father’s conscience,” Henry III wrote, as a result of which “my father finally became converted to the cause [of rescue].”

Henry described how, just as his father and his aides were grappling with the issue behind the scenes, “the young charismatic Peter Bergson, from Jewish Palestine,” was leading “an intense public relations campaign” that drew long-overdue attention to the mass killing of the Jews. That was where politics and mass murder intersected: “At this time,” Henry wrote, “when the ailing president was preparing to run for a fourth term, Morgenthau’s tactic was to play up the politically explosive nature of the problem.”

Against this politically-charged backdrop, the Treasury Secretary was able to persuade FDR to establish the War Refugee Board. Even though the president gave the new Board only token funding (90 percent of its budget was supplied by Jewish organizations) and frequently rejected or watered down its proposals, the Board ultimately helped rescue an estimated 200,000 refugees during the final 15 months of the war.

Henry’s blunt account of a president whom he himself deeply admired made a strong impression on a generation that often remembered FDR through rose-colored glasses. Mostly Morgenthaus, which was published in 1992, won a National Jewish Book Award.

In the years to follow, Henry continued to take a strong interest in his father’s role during the Holocaust. He may have been encouraged in this direction by his wife, Ruth Schacter Morgenthau (1931-2006), a professor of political science at Brandeis University who herself had been a child refugee from the Nazis.

Henry assisted in the research for the award-winning 1994 PBS documentary by Martin Ostrow, “America and the Holocaust: Deceit and Indifference.” He also joined the Advisory Committee of the David S. Wyman Institute for Holocaust Studies, and was the keynote speaker at the Institute’s 2006 conference at the University of Pennsylvania.

Henry’s interviews with key historical figures from the 1930s and 1940s formed a central part of my own 2009 book, Blowing the Whistle on Genocide: Josiah E. DuBois, Jr. and the Struggle for an American Response to the Holocaust, which was the first scholarly book about the War Refugee Board.

Henry also prepared an important updated edition of his grandfather’s 1918 memoir, Ambassador Morgenthau’s Story, which included extensive material regarding the Armenian genocide. The new edition is a crucial primary source for a generation unfamiliar with that long-out-of-print eyewitness account of that mass murder.

Henry Morgenthau III could not compete with the legacy of his grandfather and father. But he was able to play an important role of his own by helping to educate the public about two courageous Americans who tried to stir their nation’s conscience to confront genocide. 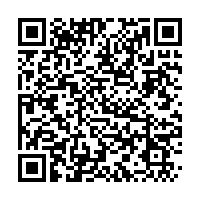