The American Hebrew Academy (AHA), the only international Jewish college preparatory school in the world, located in Greensboro, North Carolina, on Tuesday shut down over finances, the Triad City Beat reported. The school’s website was trimmed to just a home page with the school’s logo and the message: “The American Hebrew Academy will be closed for the 2019-2020 school Year.” 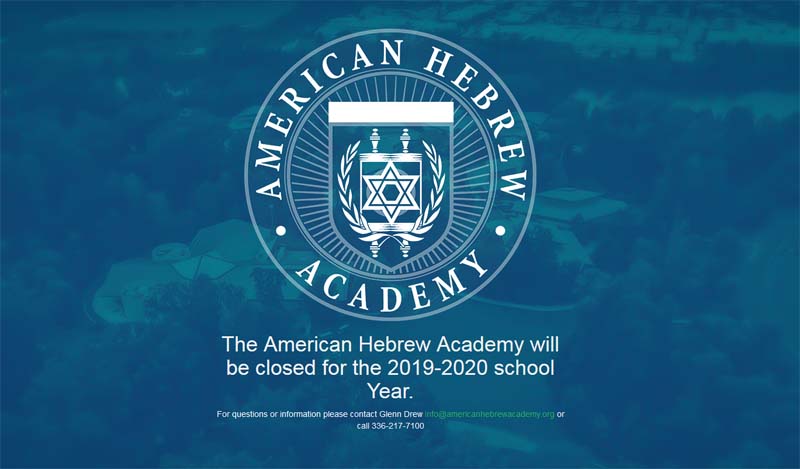 The academy, a nondenominational boarding school, opened in the fall of 2001, with funding from a group of Jewish education leaders, including Alvin Mars, the first headmaster of the Hebrew Academy. The school’s unique identity as a coed, pluralistic Jewish boarding school attracted students globally to the point where it hosted a diverse student body from 35 countries.

The school’s mission was “to educate the best and brightest Jewish teenagers from around the world in preparation for college and future positions in leadership in the Jewish community.”

A near-unknown philanthropist named Maurice (Chico) Sabbah, who, according to Forbes, had accumulated immense wealth in the reinsurance business, donated $100 million to the school.

Now here’s the kind of coincidence that should be filed under disastrous divine interventions (most of the details in this part of our report were lifted from a 2002 Forbes article titled “Who Is Chico Sabbah?“):

On Sept. 10, 2001, the American Hebrew Academy, the only Jewish boarding school in the US with a non-Orthodox curriculum, opened its 100-acre campus in Greensboro, N.C.

The next day, on Sept. 11, 2001, a group of Saudi and Egyptian terrorists took down New York’s World Trade Center.

Now, remember Chico Sabbah? He happened to own the aviation reinsurance agency Fortress Re, based in Burlington, NC, as well as a Bermuda-chartered re-insurer called Carolina Re, which covered the big Japanese re-insurers of guess what. The Japanese companies faced claims of $2.5 billion, and the Fortress Re funds, as the WSJ put it delicately, “fell far short.”

In an email he sent to faculty and staff on Tuesday, Drew and Leeor Sabbah, who head the school’s board, said they decided to shut it down because of “insufficient growth in enrollment and our inability to secure adequate funding to cover future school expenses.”

“Declining interest in and philanthropic support for the Academy specifically and Jewish education generally, has made it impossible to sustain the Academy’s operations,” the email continued. “Unfortunately, this is true for many Jewish schools worldwide. These circumstances can no longer be overcome. It is unfortunate that we must now share this news with you. We are truly sorry. The Academy simply lacks the financial resources to continue as a viable concern given rising school costs and low enrollment growth.”

A group of AHA students on Tuesday set up a GoFundMe page seeking to raise $6 million to get the school back on its feet again. If you’re the type that recognizes the sadness of numbers, as of Wednesday morning, the page has raised $1,649 out of the desired $6 million. This amount has been raised by 26 donors in 15 hours.

In 2009, billionaire philanthropist Michael Steinhardt, who was a member of the academy’s board, donated $5 million, according to JTA. Tax reports cited by the Forward showed AHA received a mere $3 million in donations in 2015 and a measly $400,000 in 2016. 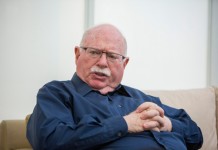 NYC Returns $19 Million Worth of Antiquities Seized from Michael Steinhardt 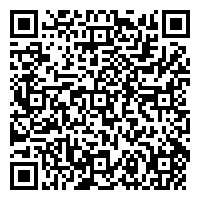