A large number of Israel’s most senior religious Zionist rabbinic leaders – have expressed support for the decision to indefinitely suspend a deal to build a mixed-sex prayer section at the Western Wall plaza.

An open letter written this week by the Israeli national religious rabbinic leadership said the decision preserves “the sanctity of the Western Wall.”

Issues regarding the Western Wall, and all other issues relating to Jewish life and law, they said, should be dealt with by the Chief Rabbinate, as was initially set forth by its founder, the first Chief Rabbi of Israel, Rabbi Avraham Yitzhak HaKohen Kook.

There is already an egalitarian site for mixed-sex prayer at the southern end of the Western Wall, just beyond the Mughrabi walkway, in the area known as Robinson’s Arch. The issue over which so much rage is being expressed has to do with construction of a permanent section, and by some of the Women of the Wall who are insisting on carrying out their rituals — which disturb everyone else — in the main section of the plaza. Rabbi Shmuel Rabinowtz, the rabbi of the holy sites, and of the Western Wall, prohibits this, as does the law itself at present, not to mention all those who become outraged whenever the members of WOW attempt to disrupt public prayer with their own private rituals.

There has been a roar of rage from non-Orthodox Jewish individuals and organizational entities in Israel and abroad in response to the decision, and a great deal of silence from Orthodox Jews in the United States who must balance their beliefs with their political survival. But among those in the Orthodox world, there were some who were willing to step up and express support.

The Rabbinical Alliance of America, whose presidium is chaired by Rabbi Yehoshua S. Hecht, issued a statement of support over the decision as well, lauding Netanyahu for not accepting the introduction of foreign rituals at the holy site.

“We must not submit to those who vocally and shrilly disrupt the unity of the Jewish people through threats and political coercion by disrespecting the sacred Kotel traditions adhered to throughout the millennia,” said Hecht, adding:

“It is the fervent prayer of the RAA that the Almighty bless the people of Israel and its Prime Minister together with all the Jewish people wherever they are found, in merit of keeping the holiness of the Kotel intact, thereby strengthening the Jewish people the world over.”

The Rabbinical Alliance of America, a national rabbinic organization founded in 1942 is the voice of authentic Torah Judaism in North America, consisting of pulpit rabbis, chaplains and Jewish educators serving throughout the United States, Canada and overseas. 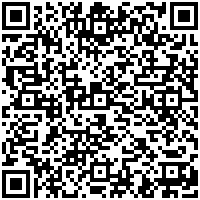