The Islamic State’s (ISIS) infamous beheader Mohammed “Jihadi John” Emwazi said on a video that he will return to his native Britain to “carry on cutting heads off,” the London Daily Mail reported Sunday.

The newspaper said it obtained the video, which reportedly fell in the hands of the Free Syrian Army and may have been filmed approximately two months ago in Syria, the first time he has been photographed unmasked. . The video shows a man claiming to be Jihadi John, dressed in black and wearing a cap under his hood. He announced in the video, with a clear British accent:

I will carry on cutting heads.

He looks at the camera and says, ‘I am Mohammed Emwazi. I will soon go back to Britain with the Khalifa’ [the leader of Islamic State].

He said something more about cutting heads off, ‘We will kill the kuffar.’ Then the camera shows two masked men that looked like bodyguards.

Jihdi John said that when he returns to Britain to chop off heads, he will spare “believers.”

Jihadi John is one of the world’s most wanted men with a $96 million bounty placed on his head by the United States for the bheading of Americans, the first of whom was James Foley last year. 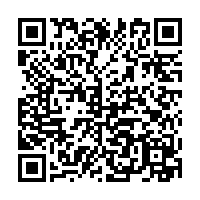