Do you remember Dr. Albert Schweitzer (January 14, 1875 – September 4, 1965)? He was a German—and later French—theologian, organist, philosopher, physician, and medical missionary in Africa In 1952 Schweitzer received the Nobel Peace Prize for his philosophy of “Reverence for Life” clearly demonstrated by his founding and sustaining his colony the Albert Schweitzer Hospital in Lambaréné, in Gabon, formerly French Equatorial Africa.

Schweitzer wrote in “Reverence for Life”:

“But what is the difference between the scientist who observes in his microscope the most minute and unexpected signs of life; and the old farmer who, by contrast, can barely read or write, who stands in springtime in his garden and contemplates the buds opening on the branches of his trees? Both are confronted with the renewal of life… All knowledge is, in the final analysis, the knowledge of life. All realization is amazement at this riddle of life – a reverence for life and its infinite, yet ever fresh manifestation… I cannot but have reverence for all that is called life. I cannot avoid compassion for everything that is called life. That is the beginning and foundation of morality. Once a man has experienced it and continues to do so – and he who has once experienced it will continue to do so – he is ethical. He carries his morality within him, and can never lose it for it continues to develop within him…

Then the time came to put the ethical code to the test, and it evaporated. For centuries the human race had been educated with only a set of superficial principles. We are brutal, ignorant, and heartless without being aware of it.

We had no scale of values, for we had no reverence for life.”


Considering the significant issues facing our society, Dr. Schweitzer is speaking to us. The brutality of the inner-city which we have seen in Ferguson and most recently in its most horrible of manifestations in Baltimore, where young people barely in their teens recklessly run through the streets shooting indiscriminately, bespeaks Schweitzer’s critique – “we had no scale of values, for we had no reverence for life.”

The shock many of us felt when watching the videos taken at Planned Parenthood as staff doctors, those who have taken the Hippocratic Oath to be healers, casually spoke about the dismemberment of babies in the womb and the sale of their body parts, bespeaks Schweitzer’s critique- “we had no scale of values for we had no reverence for life.”

Combating the terrorist and the barbarism of terrorist nations is an issue of controversy that hs resulted in the most base expressions of hatred for others, even here in the United State, the growing anti-Semitic innuendos spoken by individuals in the top ranks of our government all because their approach to this vexing problem bespeaks Schweitzer’s critique – “we had no scale of values for we had no reverence for life.”

Dr. Schweitzer calls out to us, surrounded by those who had contracted Hanson’s disease, leprosy, rejected by their communities and their families, many left to die on the wayside in filth and agony, ever cognizant of the majesty and the wonder of life in everything. There he sits at his organ playing Bach, for he was a music scholar and organist, who studied the music of German composer Johann Sebastian Bach, before his audience of crippled and maimed individuals, many in the most hideous of conditions in “darkest Africa” celebrating the beauty that is life itself exhorting us all to open our eyes to life and let its beauty and mystery serve as the foundation for a real and transforming morality for our society. As he reminds us, “The tiny beetle that lies dead in your path – it was a living creature, struggling for existence, like yourself, rejoicing in the sun like you, knowing fear and pain like you. And now it is no more than decaying matter – which is what you will become sooner or later, too.”

The tragedy that is abortion in the United States, the turmoil, sorrow, dejection and death so much a part of the inner city, could be ameliorated if our society embraced the reverence for life that animated Dr. Schweitzer. It is up to each and every one of us who have eyes that see and ears that hear to personally accentuate the potential for true humanity that is in each of us. And it all begins as the good doctor taught with true reverence for life. 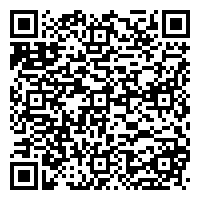