U.S. Secretary of State John Kerry is coming to Israel Thursday night with a one-two knockout punch that puts on the table American plans for Israel’s security in a future Palestinian Authority state.

In addition, Israel has agreed to another American project to would further pave the way for increasing de facto Palestinian Authority sovereignty in areas officially control by Israel and where Jewish communities’ future existence will be threatened.

The Obama administration repeatedly has promised it will not force on Israel an agreement with the Palestinian Authority, but in practice, that is exactly what it has done by the old trick of publicly announcing suggestions and leaving the foreign media and international community to condemn Israel for not accepting them.

The Palestinian Authority then threatens to end the “peace talks” and go the United Nations, leaving U.S. Secretary of State John Kerry’s diplomatic knife in Israel’s back.

Retired Gen. John Allen, one of President Barack Obama’s “special envoys” to the Middle East who acts as the President’s Israeli defense minister in absentia, reportedly has come up with plans based on his expert knowledge of exactly what Israel needs to defend itself.

Until last year, Allen commanded American forces in Afghanistan, which apparently gives him an excellent understanding of the Jewish state’s security needs.

A host of Israel political leaders and military officials have made it clear that Israel must maintain a military presence in the Jordan Valley in any future Palestinian Authority state.

But Israel’s leaders have said a lot of things, such as dismissing any possibility that it would release mass murderers to bring back the bodies of fallen soldiers, or the return of one live soldier, or for the privilege of sitting down face to face with Palestinian Authority officials whose idea of negotiations is that Israel can decide whether to accepts its demands today or tomorrow.

Details of Allen’s have not been leaked, but given the Palestinian Authority’s rejection of Israel’s deploying soldiers in the Jordan Valley, Allen is bound to come up with something that will sound super-sweet but will end up as poison, which can be smelled in statements from Washington.

One U.S. official said Allen “has been working closely on the ground with his Israeli counterparts,” The Associated Press reported. The official said the Americans realize that security is “paramount” as Israel contemplates taking “calculated risks for peace.”

Been there, done that.

The United States does the “calculations, the Israeli government takes the “risks” and Israeli families pay the price at the cemetery.

A U.S. official traveling with Kerry said the ideas were not a “plan” that could be accepted or rejected.

The Haaretz daily said that Allen will tell Netanyahu of his security plans when they meet on Thursday. Kerry then will go to Ramallah, leaving Israel holding the blame bag if it dares to say “no.”

The Associated Press reported that “the American thinking is that if Israeli security concerns can be met, other issues, such as borders, will then fall into place.”

In other words, the U.S. State Dept. has come up with another formula for peace and love in the Middle East. It wasn’t long ago that the United States knew – it did not think, but it knew – that settling the Palestinian Authority-Israeli dispute would open up the locks on all of the regions problems, such as Egypt.

Kerry’s arrival in Israel Wednesday night follows European Union warnings that if Israel does not agree to a peace pact, the EU will increase its boycott of settlements and will stop funding the Palestinian Authority. 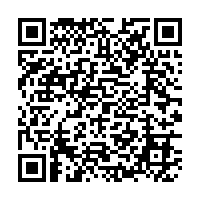