The report has no confirmation from any other source and appears at first glance to be an invention of an imaginative editor. No other news site has carried the Kuwaiti newspaper report except for the Bethlehem-based Ma’an News Agency.


However, Al-Jarida is considered to be a relatively liberal publication whose editor Mohammed al-Sager previously won the International Press Freedom Award of the Committee to Protect Journalists “for courageous reporting on political and human rights issues in the face of government threats of censorship and prosecution,”

He also is a former Kuwaiti parliament member and chairman of the legislature.

Al-Sager also was sentenced to six months in jail in 1998 for “insulting the essence of the Divine Being” following the publication of a joke. The sentence was overturned by a higher court.

The idea that President Barack Obama would order the U.S. Air Force to down an Israeli seems like a Grade-B horror movie plot.

Al-Jarida quoted “well-placed” sources that Prime Minister Binyamin Netanyahu, after consulting with then-IDF Chief of Staff Benny Gantz and Defense Minister Moshe Ya’alon, decided to attack Iran to halt its nuclear program that is assumed to be aimed at building or obtaining a nuclear weapon that would be aimed at Israel.

The media was filled with reports the past two years of Air Force training for an aerial strike on Iran.

An Israel minister, who implicitly was Avigdor Lieberman according to Al Jarida’s source, supposedly leaked the plan to the Obama administration.

There always is the possibility that Netanyahu asked Lieberman to tip off Obama, but in any case, the president promptly warned he would order that American planes shoot down attacking Israeli planes.

Netanyahu backed down, according to Al Jarida.

The report may be fantasy, but the fact that Al Jarida dared to report it says a lot about perceptions of the relationship between Netanyahu and Obama. 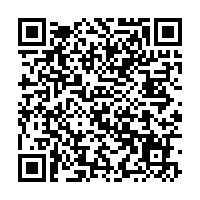