Two former American diplomats have argued that the U.S. should cease providing offensive weapons or military assistance to Israel’s incoming government for actions in Jerusalem as well as Judea and Samaria.

Daniel C. Kurtzer, the U.S. ambassador to Israel under President George W. Bush and ambassador to Egypt under President Bill Clinton, and Aaron David Miller, who served six secretaries of state as an advisor on Arab-Israeli negotiations, stated their position in a Washington Post op-ed published on Tuesday and headlined “Biden should respond boldly to a radical Netanyahu government.” The authors warned against changes in the status of the Temple Mount and the Israeli settlements.

Miller subsequently tweeted, “If the extremist views of the soon to be formed Israeli Government become policy, the Biden Administration needs to step up.”

.@washingtonpost If the extremist views of the soon to be formed Israeli Government become policy, the Biden Administration needs to step up. See @DanKurtzer and my recommendations https://t.co/j8GYEVHywb

“First, Israel should be told that, while the United States will continue to support its ally’s legitimate security requirements, it will not provide offensive weapons or other assistance for malign Israeli actions in Jerusalem or the occupied territories. The United States specifically should warn against efforts to change the status of the West Bank and the Noble Sanctuary/Temple Mount, to “legalize” settlement outposts, and to build infrastructure for settlers that is designed to foreclose the possibility of a two-state solution.

“Biden should also make it clear to Israel that his administration will have no dealings with Ben Gvir, Smotrich or their ministries if they continue to espouse racist policies and actions. U.S. support for Israel in international forums, including the U.N. Security Council and the International Court of Justice, has its limits. And Israel should know that the Biden administration will be on the alert for Israeli actions that deserve to be called out and condemned.”

They also call to undermine the successful Abraham Accords:

“Finally, the Biden administration needs to inform the Abraham Accord countries — the United Arab Emirates, Bahrain, Morocco and Sudan — that their evident lack of interest in the plight of the Palestinians will undermine their relationship with Israel and damage their credibility in advancing other regional objectives with the United States.”

Ben-Gvir’s ascension has upset many in the Progressive American Jewish community. Last week, Union of Reform Judaism President Rick Jacobs said that appointing Ben-Gvir to a public security role is like “appointing David Duke, one of the leaders of the antisemitic Ku Klux Klan, as Attorney General,” adding that he and the American Reform community are concerned over Israel’s existence with such an appointment.

Concern over the inclusion of the Ben-Gvir began even before the election, as pro-Israel Democratic politicians such as Sen. Robert Menendez (D-N.J.) and Rep. Brad Sherman (D-Calif.) warned Netanyahu against including Ben-Gvir in a coalition should he win, despite Ben-Gvir promising that he no longer holds the same views he held in his youth, along with the fact that he was the favored democratically elected candidate for many Israeli citizens.

On the other side of the ideological spectrum, Orthodox rabbis in America who make up the Coalition for Jewish Values called out the administration for their double standard against Ben-Gvir while continuing to use American taxpayer dollars to fund antisemitic extremists in the Palestinian Authority. 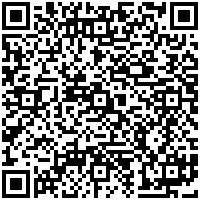