The Medtronic medical equipment giant announced Monday it will open a research and development center in Jerusalem, and one in Yokneam as well.

The two centers are being launched in cooperation with the Israel Innovation Authority, according to a report by Globes.

The company is to receive a $14 million grant from the Authority in return for hiring 100 new employees beyond its existing spheres of activity in the country.

The grant, not yet finalized, is believed to be spread over a three-year period and will cover 30 percent of the salaries of those working in the two development centers, in a deal similar to that which covers the initial salaries of new immigrants.

The center in Jerusalem will focus its efforts on brain monitoring, and the one in Yokneam will be working on big data for medicine.

Medtronic already has 750 employees in Israel, with a marketing branch in the country since 1974. The company owns 65 development centers planetwide, with 85,000 employees.

This past August the Israel Innovation Authority selected six consortia that are to begin operating in 2018 under a new program to encourage Israeli industry to partner with academic, scientific and technological research groups in creating new research and development centers aimed at generating new cutting-edge products to help consumers in the market. 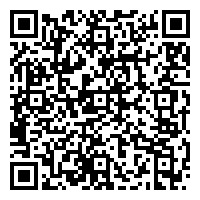