The Central District Court is expected to decide today whether the confessions extracted using torture from Amiram Ben Uliel and a minor, in the arson/murder of three family members in the Arab village of Duma, July 31, 2015, are admissible.

The prosecution argued that after the two defendants had confessed to the crime under torture that lasted more than eight consecutive hours, they repeated the same confession without the painful persuasion. The defense argued that statements given while knowing the pain instruments can be reattached at any time do not constitute freely offered confessions – especially since the defendants’ attorneys were barred from both occasions.


If the court decides to embrace the confessions and ignore the reasoning that a beaten dog does not need to see the stick again to know it’s there, then the outcome of this trial would be obvious, and the court would join a long list of legal institutions that chose to collaborate with a fascistic, clandestine state apparatus.

On the other hand, should the court reject the confessions, because in civilized society we don’t want our law enforcement agents to beat us up in order to build a case against us, this would be a blow to the State Prosecutor, because said prosecutor’s other evidence won’t convict a horse thief in the middle of a Texas corral at high noon.

Which is why some on the right believe the Shabak on Monday made public its indictment of former Minister and MK Gonen Segev on charges of spying for Iran, ahead of their anticipated defeat in the most prestigious case of the past three years.

So, today, we’ll learn everything we need to know about the outcome of the Duma case, just based on the outcome of the preliminary hearing which has been conducted behind closed doors for several months. Incidentally, the official reason why the court proceeding has been kept secret is that the Jewish Section of Shabak (Yevsektsiya in Russian) doesn’t want the enemy to find out about their interrogation methods.

Back in 2015-16, when the political and military leadership of Israel was determined to bring to trial a Jewish settler for the arson/murder of the Dawabshehs – but couldn’t get any through good, old-fashioned police work – then Israeli Attorney General Yehuda Weinstein, in collaboration with the Supreme Court, finally decided to allow the Shabak interrogators to use torture to extract confessions from the two suspects, Amiram Ben Uliel and the minor.

The legal justifications those men and women of impeccable integrity was the ticking bomb theory, namely that police may use excessive interrogation means if it believes the suspect knows about a bomb that’s about to explode somewhere.

Needless to say, no such ticking bomb existed, and nowhere in their interrogation, based on my own conversations with the father of the accused minor as well as others connected to the case, did the Shabak imply that there was some other young, misguided settler looking to set fire to more homes in the Duma village.

Incidentally, speaking of Duma, the rival clans there, all of whom are named Dawabsheh, have been using arson against each other since before the Muslim liberators emerging from the Arab peninsula have captures Southern Syria and then forgot about the area until the Jews returned.

Having said all that, the prosecution may still be able to present a viable case against Ben Uliel – while the minor will probably be released after having spent three years in hell. Police said, back in 2016, that Ben Uriel gave a lot of information during a reenactment at the crime scene. He said that he used a green beer bottle for his Molotov cocktail, pointed to where the family’s vehicles had been parked, and described the structure of the windows in the house.

Police also said Ben Uliel revealed he had tripped while escaping from the fire – a detail that had been mentioned earlier by an eyewitness.

All of which could be made up stuff, which the prosecutors would avoid, just as they are not likely to present police claims of discovering Ben Uliel’s shoeprints two days after the arson/murder. 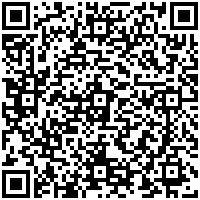