The Islamic State (IS) terrorist organization has claimed responsibility for a complex terror attack Friday in the Sinai Peninsula that killed at least 23 of the 60 Egyptian solders who were manning a military compound at the village of el-Barth.

The attack was launched by a suicide car bomber who rammed his vehicle into the checkpoint at the military compound, located southwest of Rafah.

The bombing was then followed up by an assault carried out by dozens of machine gun-toting masked jihadists in 24 Land Rover SUVs. The attackers opened fire on soldiers at the compound, Egyptian security officials later said. The attack lasted nearly an hour, according to officials who spoke with Associated Press on condition of anonymity.

A statement by Islamic State later said a second car bomber also struck an Egyptian military convoy that was sent to relieve the compound soldiers. The U.S.-based SITE Intelligence Group which monitors jihadist websites translated the statement, saying the group claimed to have wounded “more than 60 Egyptian soldiers and tribal militiamen in two suicide bombings and a suicide raid in the south of Rafah.”

The U.S. State Department issued a “strong condemnation” in response to the attacks. “We express our condolences to the families of the victims and wish a speedy recovery to the injured. We continue to stand with Egypt as it confronts terrorism,” the statement said. 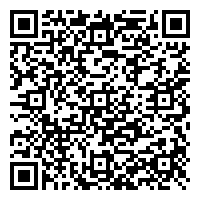