Five new incoming ambassadors presented their credentials Thursday in Jerusalem to President Reuven Rivlin at the official residence. As each ambassador arrived, that country’s flag was raised and the Israel Police Band played the nation’s national anthem. The ambassadors inspected an IDF Guard of Honor and after presenting their credentials to the president, signed the Guest Book. Israel’s national anthem, Hatikvah, was played at the end of the ceremony.

Rivlin greeted incoming Jordanian Ambassador Ghassan Majali and noted that next year the two nations will mark the 25th anniversary of the signing of the Israeli-Jordanian peace treaty.

“We are determined to live in peace with our neighbors, and we are hopeful and optimistic that others will do as you have done,” Rivlin said. “The good relations between our two countries are a legacy of the leadership of the late King Hussein. Please send my warmest wishes to His Majesty King Abdullah II.

“We appreciate the key role that Jordan plays as an island of stability in our region. But we can still do more to broaden cooperation in areas that impact on both our peoples.

“We breath the same air and live on the same piece of land. When you lack water, we lack water. We must do more to find ways of confronting these challenges together. Another important project is the ‘Jordan Gateway’ that could link the port of Haifa to Irbid, Amman and Aqaba, and from there to the Arab world, creating thousands of jobs.”

As the Jordanian ambassador presented his credentials he, too, noted the important anniversary of the peace treaty that will be celebrated next year.

“We remember the huge efforts made by great leaders, the late King Hussein and the late Yitzhak Rabin, who stood firm in the face of all odds,” Majali said.

“King Abdullah believes that the peace treaty is a cornerstone for peace in the region and in the world and that a breakthrough in the Israeli-Palestinian peace process is a top priority for the Hashemite Kingdom. Thank you for your warm welcome, Mr. President.”

Rivlin reiterated, “We do not only live in the same neighborhood, we are really neighbors. We drink the same water and we breathe the same air. It is time that our two peoples get to know each other better.”

The president also received the credentials of the new ambassadors of Croatia, the Czech Republic, Egypt and Mongolia. 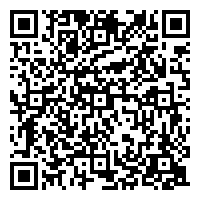