Iran is scaling down its international terror operations amid the global spread of the novel Coronavirus (COVID-19), the IDF has revealed, albeit referring to Iran as an “enemy of Israel” and not naming it directly.

IDF spokesperson Brigadier General Hidai Zilberman stated that countries hit harder than Israel by the Coronavirus had their “activities at a slower place.”


Iran is regarded as Israel’s gravest security concern by the Israeli government, with Teheran funding and training terrorist organizations in Lebanon, Syria, Yemen, and the Gaza Strip.

In October, Prime Minister Benjamin Netanyahu told new IDF officers that “the region around us is turbulent and unstable. Threats are lurking in every corner – in Syria, Lebanon, the Gaza Strip, and also in Iraq, Yemen and directly in Iran,” he said, adding that “Iran and its proxies are arming themselves tirelessly.”

The Iranian government has been covering up the number of Coronavirus cases in the country, aiming to mislead its population and the international community over the seriousness of the outbreak in Iran, Israel’s Foreign Minister Yisrael Katz said.

Katz stated on Twitter that the “Ayatollah regime hides vital information from Iranians,” exposed its citizens to dangers and did not let them take adequate protective measures.

Concerns arose last week after satellite images reportedly showing the digging of mass graves in Iran – described as a “horrifying scene” by Katz – and a video report of an Iranian nurse claiming there had been over 100 deaths in her hospital in just one day surfaced online. The nurse was arrested by Revolutionary Guards (IRGC) shortly after publishing the video.

TPS has learned that the Iranian government has prepared around one million body bags to deal with the expected number of Corona victims. Bodies of victims are reportedly also being burned to further obscure the complete extent of the outbreak.

Meanwhile, the official death toll in Iran is over 725, with some 14,000 people having tested positive for COVID-19. 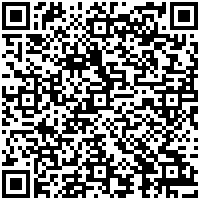