The latest statistics of Iran’s National Drought Warning and Monitoring Center show that this year’s autumn (Sept. 23-Dec. 21) was the driest of the past 67 years, with precipitation levels declining by 53% compared to the long-term average, a warning that drought conditions will worsen.

“There are scientific centers in the country that conducted a study in this regard and the results confirm this point,” Jalali insisted, adding, “Joint teams from Israel and one of the neighboring countries are de-seeding the clouds entering Iran. Also, we are faced with other phenomena such as cloud stealing and snow stealing.”

Cloud seeding is a form of weather modification that changes the amount or type of precipitation that falls from clouds, by dispersing substances into the air that serve as cloud condensation or ice nuclei, which alter the microphysical processes within the cloud, resulting in rain. De-seeding would be the reverse of that, which would require equipment that sucks those nuclei back from the clouds.

In the study, the general argued, “the highlands of Afghanistan to the Mediterranean were studied, and the result was that all the highlands with the height of over 6,600 feet were covered with snow while our highlands were arid.”

The head of Iran’s meteorological service Ahad Vazife dismissed Jalili’s accusations, suggesting the General “probably has documents of which I am not aware, but on the basis of meteorological knowledge, it is not possible for a country to steal snow or clouds.” 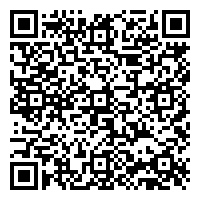