In May 2018, Minister and former MK Gonen Segev was arrested by the Israel Security Agency (Shabak) and Israel Police on suspicion of assisting the enemy in war and spying against the State of Israel.


In February 1994, Segev split from his righwing Tzomet party to eventually become Minister of Energy and Infrastructure in PM Yitzhak Rabin’s government. The appointment was a reward for Segev’s casting a crucial vote in favor of the Oslo Accords. He was gone from the political scene in 1996, after the first Netanyahu win.

In April 2004 Segev was arrested for attempting to smuggle thousands of ecstasy tablets from Amsterdam to Israel, claiming he thought they were M&M’s. He extended his diplomatic passport illegally with a pencil. He was convicted in a plea for forgery and attempted drug smuggling and sentenced to five years.

He also pulled cash from an ATM in Hong Kong and claimed that his card had been stolen, but the machine recorded his face.

The Shabak and police interrogation revealed that Segev was recruited and acted as an agent on behalf of Iranian intelligence. In 2012, a connection was established between Segev and officials from the Iranian embassy in Nigeria. Later he even traveled twice to meetings in Iran with his operators, whom he knew were Iranian intelligence officers.

The interrogation revealed that Segev met with his Iranian operators around the world, in hotels and in apartments which he believes are being used for Iranian clandestine activity.

Segev also received a secret encryption system for his messages to and from his operators.

The interrogation also revealed that Segev gave his operators information related to the energy market, security sites in Israel, buildings and officials in political and security entities. In order to accomplish the tasks he received from his Iranian operators, Segev maintained ties with Israelis connected to the Jewish State’s security, defense and foreign relations.

Segev tried to connect some of his Israeli acquaintances with Iranian intelligence, presenting the Iranian agents as innocent businessmen. 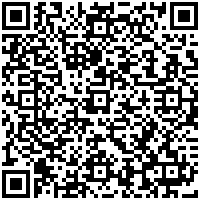